GAF Energy, a Standard Industries company and a leading provider of solar roofing in North America, has signed a lease and begun construction on a 450,000 square-foot facility in Georgetown, Texas. The manufacturing facility will be located on the southeast corner of I-35 and SE Inner Loop and construction is expected to be completed in June 2023. 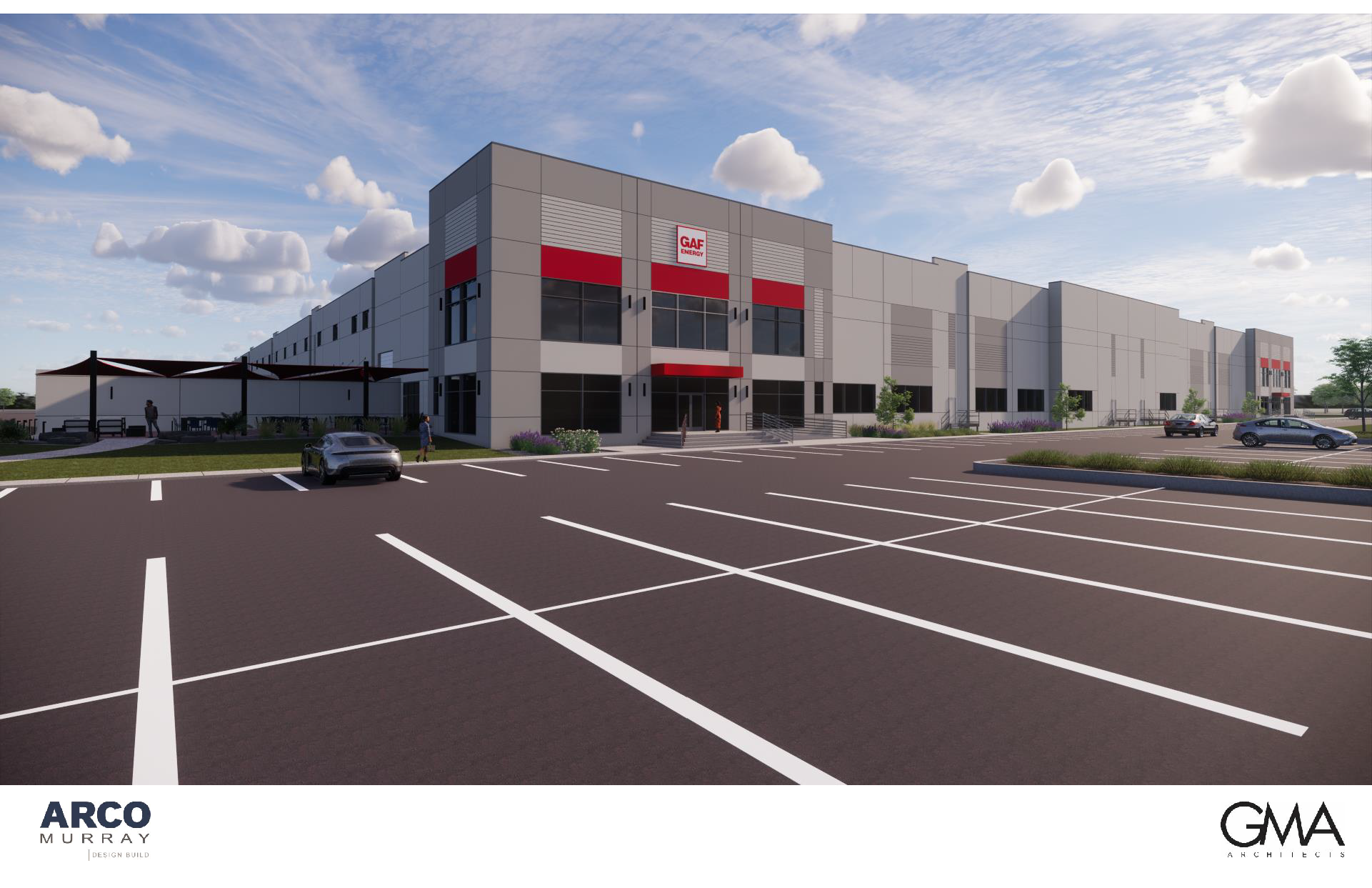 “We are pleased GAF Energy selected Georgetown as their destination for their facility,” Georgetown Mayor Josh Schroeder said. “Their innovative product is one that will change the market as we know it, and we are excited that it will be developed here in our backyard.”

Once improvements are complete, the new facility will serve as the company’s second U.S. manufacturing center for its award-winning solar roof, Timberline SolarTM. Featuring the world’s first nailable solar shingle, Timberline SolarTM is the only roof system to directly integrate solar technology into traditional roofing processes and materials. The buildout of the property and its ongoing operations will result in hundreds of new, U.S.-based, clean energy manufacturing jobs and build on GAF Energy’s ongoing effort to deliver a solar roof product that is assembled in America. As a Standard Industries company and sister company to GAF, GAF Energy brings extensive roofing manufacturing and research and development expertise to the solar industry.

“The response from both consumers and roofers to our Timberline Solar roof has been tremendous, and we’re thrilled to be expanding capacity to meet that growing demand,” GAF Energy President Martin DeBono said. “Georgetown has a long track record as a clean energy leader, so it is the perfect home for us to build the future of solar. We launched Timberline Solar because we believed that more consumers would choose solar if they had a more reliable, durable, and attractive option. The market has confirmed our belief—now we’re turning that belief into reality and building the future of clean energy here in the U.S.”

GAF Energy plans to hire 265 employees in high tech jobs over the next 10 years at the Georgetown facility. The total capital investment for the project is estimated to be over $100 million in that time.

GAF Energy will receive a total combined incentive package worth more than $3.24 million from local jurisdictions, including:

The net 10-year economic impact to Georgetown is estimated to be $3.75 million.

About Standard Industries
Standard Industries is a privately-held global industrial company operating in over 80 countries with over 20,000 employees. The Standard ecosystem spans a broad array of holdings, technologies and investments — including both public and private companies from early to late-stage — as well as world-class building solutions, performance materials, real estate and next-generation solar technology. Throughout its history, Standard has leveraged its deep industry expertise and vision to create outsize value across its businesses, which today include operating companies GAF, BMI, Grace, GAF Energy, Siplast, SGI and Schiedel, as well as Standard Investments and Winter Properties. For more information, visit standardindustries.com.

About the City of Georgetown

Georgetown is a welcoming, vibrant city that has been ranked No. 1 in Southern Living Magazine’s “South’s Best Cities to Live in” and is home to the “Most Beautiful Town Square in Texas.” Georgetown has a rich history, with Victorian storefronts and a cultural district with a wide selection of restaurants, wineries, shops, art galleries, theaters, and museums, as well as Southwestern University, tied for the No. 1 National Liberal Arts College in Texas in the latest U.S. News & World Report ranking. Outdoor recreation includes 40 parks, 16 miles of hiking and cycling trails, and Lake Georgetown. Georgetown is the fastest growing city in the U.S. with a population of more than 50,000.