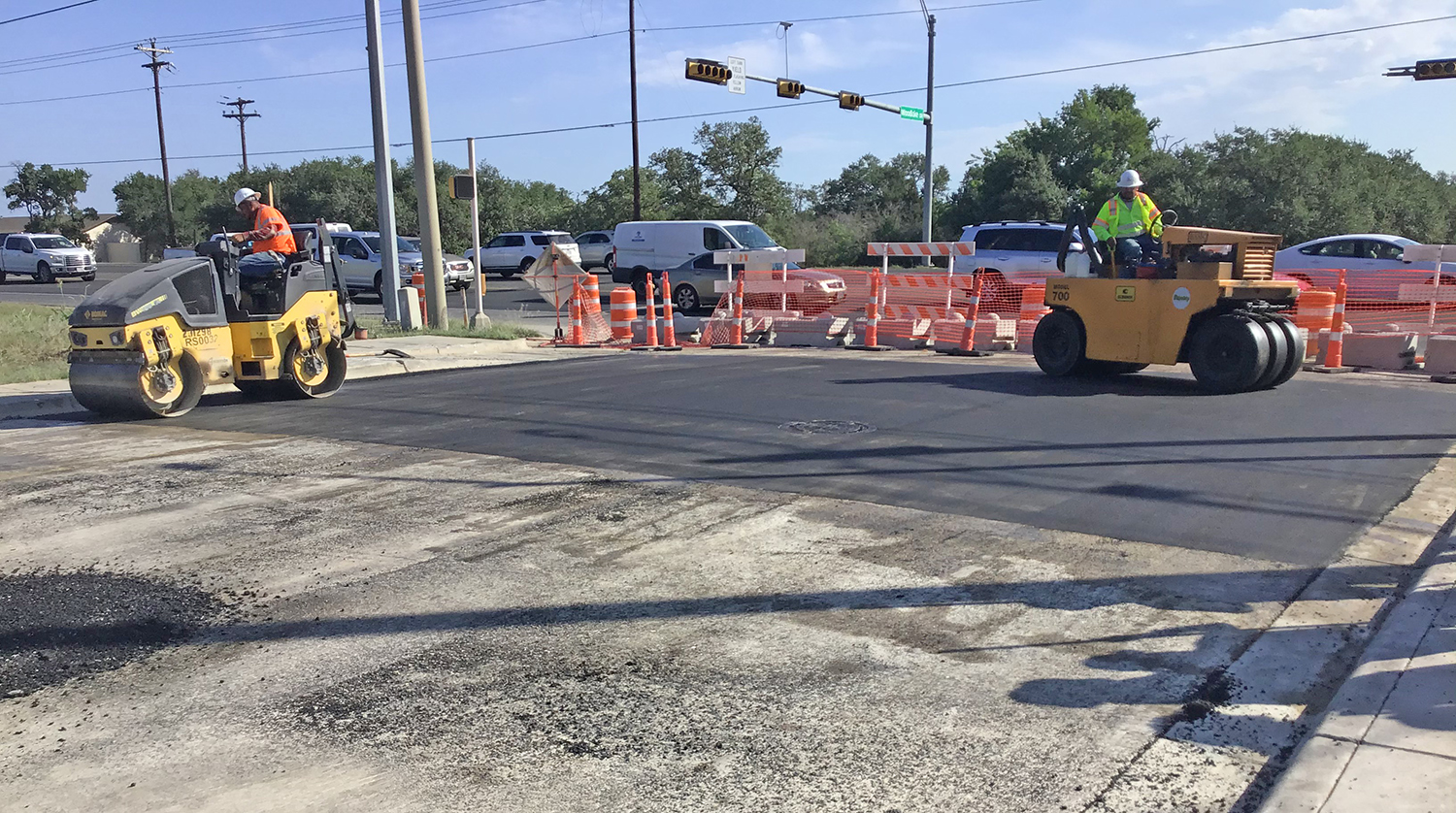 Paving on Woodlake Drive is happening this morning on Friday, May 13, after an investigation and repair of a void under the roadway. The road should be reopened by the end of the day today.

No natural karst feature was found under the road after an evaluation by a geotechnical firm, the City’s Public Works and Engineering Departments, and the Texas Commission on Environmental Quality.

The expert consensus on the cause of the void is that it was likely the result of underground boring work about 12 years ago during the installation of a water line. Underground borings for a utility line involve the extraction of dirt and rock material from the bore. This extraction process likely removed loose fill from an abandoned wastewater manhole above the boring area, causing the underground void to form. City engineers are evaluating the incident to prevent a similar problem in the future.

The cost to excavate, refill, and repave the hole under the roadway is still being tallied and will be funded through the City’s Public Works budget.