Work starts this week on improvements to sidewalks in the downtown Square area to improve accessibility. Projects include street segments that currently do not have sidewalks or segments that do not meet Americans with Disabilities Act standards. 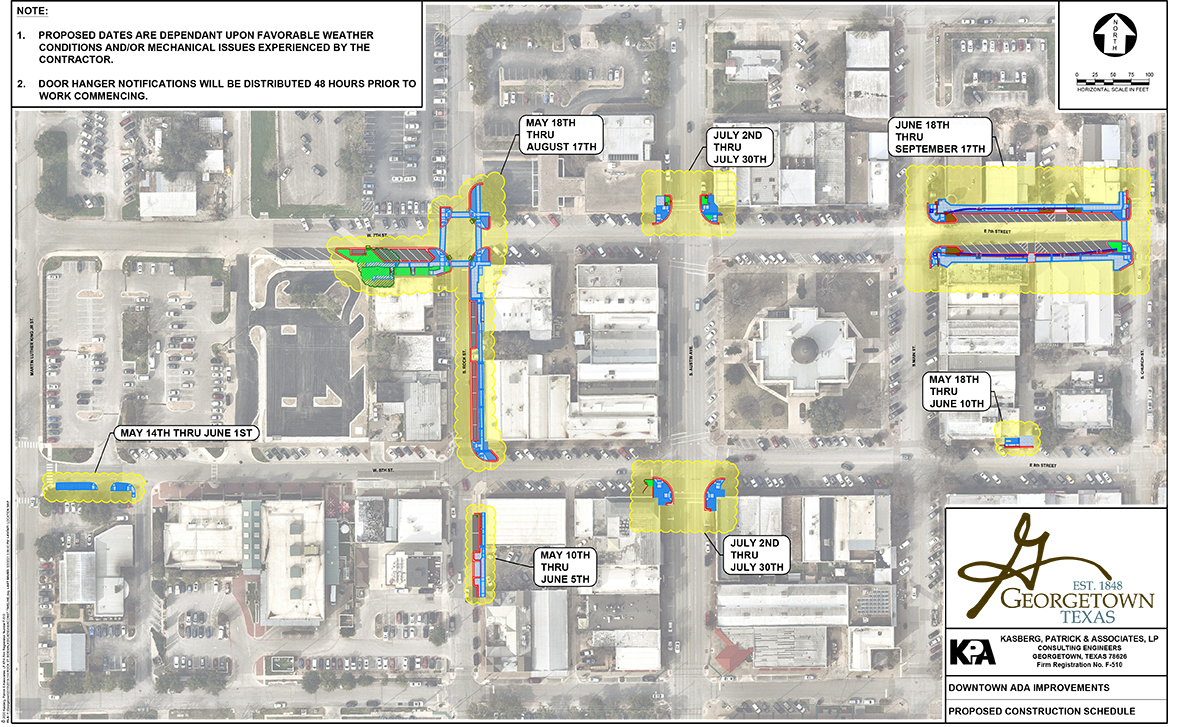 Sidewalk improvements on the north and south sides of Seventh Street from Main to Church streets are scheduled to start in June and be completed in September. This segment includes new ADA-accessible sidewalks, ramps, crosswalks, drainage improvements, pedestrian railings, and a retaining wall.

The project schedule could change due to weather conditions and other factors.

The project cost is $964,975 funded by revenues from the 2015 Transportation Bond. The contractor is Choice Builders.