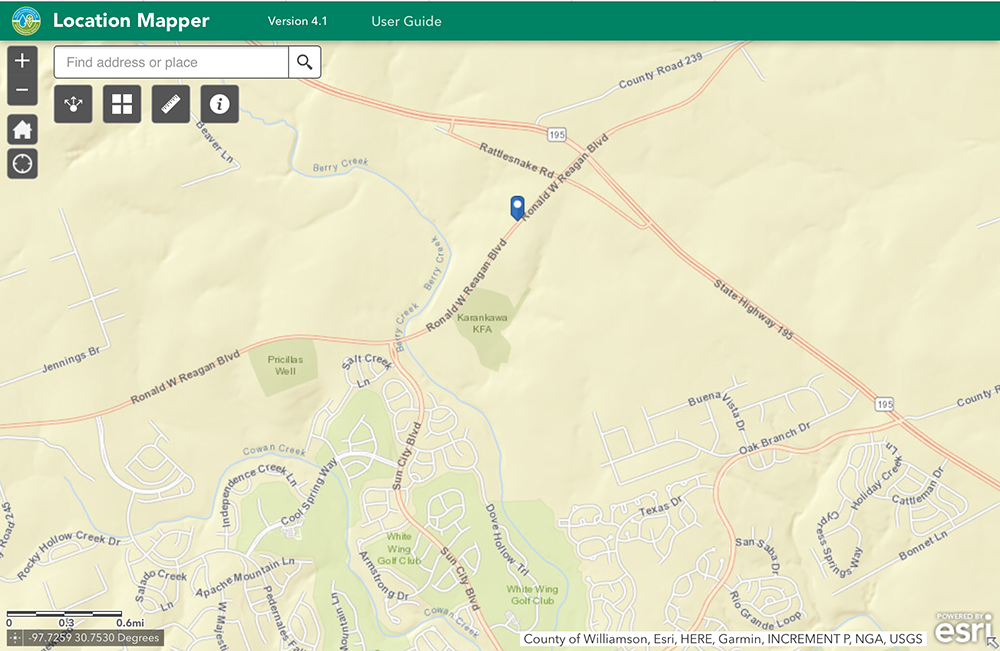 City of Georgetown residents and officials are raising concerns about a proposed concrete batch plant on Ronald Reagan Boulevard just south of Hwy. 195. According to the public hearing notice for the plant on the Texas Commission on Environmental Quality website, the Five Star Concrete plant would be located about 1 mile from homes in the Sun City neighborhood.

Concerns about the concrete plant include dust and noise from plant operations that are not compatible with a large senior adult residential neighborhood. Increased traffic from concrete trucks on Ronald Reagan Boulevard and Hwy. 195 is another concern about the plant.

Since the proposed plant is in the City’s extra-territorial jurisdiction, or ETJ, the City has no significant ability to regulate its siting or permitting. Over the past several sessions of the Texas Legislature, there have been significant changes to annexation and development authority in the ETJ that has limited the ability of cities to regulate development. This proposed concrete plant is one of many examples of the challenges that cities will continue to face, leading to inconsistent development standards and uncoordinated growth.

The concrete plant near a residential development demonstrates the need for cities to have some regulatory control over development in the ETJ. City officials look forward to having more dialogue with elected legislative officials about this issue.

The City of Georgetown encourages residents to voice their concerns about the proposed concrete plant at the TCEQ public hearing at 6 p.m. Monday, May 10. Residents may submit written comments to TCEQ at or before the public hearing.

Click here for details about the air quality permit hearing for the plant, information on how to submit comments, and how to participate in the online hearing.