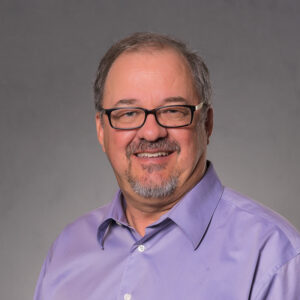 Georgetown’s Director of Water Utilities Glenn Dishong has announced his retirement from his position effective Dec. 18, 2020.

“Glenn has embodied hard work, optimism, and outstanding problem solving during his career with the City,” City Manager David Morgan said. “He’s been a pillar in the city for nearly two decades. His contributions to this community are countless, and he will be greatly missed.”

Dishong came to the City of Georgetown in 2002 as the water services manager.  In 2010, he became the utility director, with responsibility for utility operations encompassing electric, water, and wastewater services. After a reorganization of the utility in 2019, he became the director of water utilities. He is a 1980 graduate of Texas A&M University with a Bachelor of Science degree in industrial engineering. In addition to being a former U.S. Navy submarine officer, he has more than 30 years of experience in utility operations and management, including both water and electric utilities.

“My 18 years with the City have been the most rewarding of my 40-year career leading and managing people in the business of providing essential utility services, Dishong said. “While I turn loose the responsibility of leading a fabulous group of people, I look forward to keeping the relationships into the future.”

While in Georgetown, Dishong and his wife, Nancy, started their family by adopting two children from Russia. With one now married to a Navy medic and the other in college, they look forward to the next phase of their journey, which hopefully includes car and motorcycle restoration and lots of travel.

“His vision and leadership were key to the City’s successful management of growth in the water utility,” Assistant City Manager Laurie Brewer said. “His list of accomplishments is exhaustive, and it includes the acquisition of the Chisholm Trail Special Utility District, implementation of advanced metering infrastructure, and a conservation program for the summer peak water demand.”

The recruitment process for a director of water utilities will begin in November, with the goal of hiring a new director after the first of the year. Director responsibilities will be divided among existing staff until a permanent selection has been made.