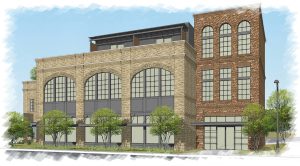 WBW Land Investments will relocate to the new Riverplace development in downtown Georgetown at Second Street and Austin Avenue.

The investment group includes WBW Construction, WBW Development, and Yalgo Engineering and is focused on developing starter and first move-up homes throughout Central and Southwest Texas.

“After more than 30 years running our business from Killeen, I am looking forward to moving our entire company to the City of Georgetown, where we expect to be a part of the community for many generations to come,” said Bruce Whitis, CEO of WBW Development and Yalgo Engineering. “We considered a number of alternatives and we were ultimately attracted by the vibrancy of downtown Georgetown and the opportunity to be a part of its future.”

Company leadership said they decided to relocate to Georgetown to help attract talent and grow their employee base.

“We appreciate all the hard work of City staff, and the generosity and vision of the leadership of the City of Georgetown, as we embark on our plans for a new headquarters building for WBW Development and Yalgo Engineering in the historic district,” WBW Development Vice President David L. Peter said.

The company is partnering in the mixed-use development that will include office, residential, retail, covered parking, and outdoor amenities, which fits in with the type of development called out in the City’s Downtown Master Plan.

“Every two years, the City conducts a citizen survey, and one of the top needs identified in the 2018 survey is continuing to recruit quality businesses and employment opportunities to our community,” Mayor Dale Ross said. “WBW is a great match for Georgetown and we are excited to have another high-quality corporate headquarters relocate to Georgetown.”

At its Feb. 12 meeting, City Council approved an agreement that includes up to $320,000 for infrastructure improvements and job creation over six years.

According to the agreement, the company is expected to create 40 jobs with an average salary of $90,000 a year and invest $3 million in capital improvements.