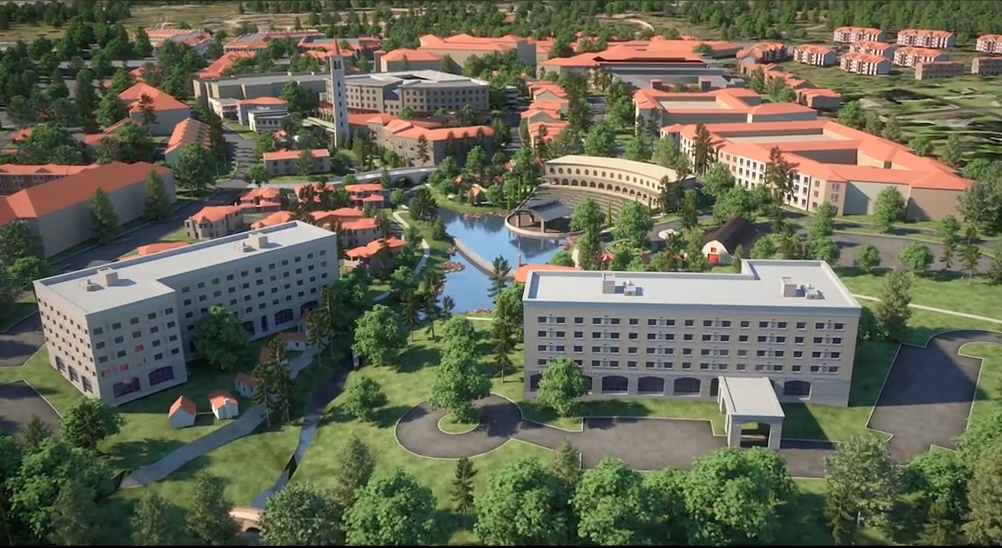 The town center concept for Wolf Lakes Village features a walkable neighborhood with an amphitheater, open-air pavilion, plaza square, pocket parks, playgrounds, trails, and lakes. The project at the northwest corner of Interstate 35 and University Avenue in Georgetown is projected to begin construction next year. (Rendering credit: Wolf Lakes, LP)

Wolf Lakes Village is designed to include a regional employment center with more than 725,000 square feet of corporate office space that would be home to 4,500 employees. This type of development with office space will create a higher tax value than traditional retail development. The developer estimates the complete development to be valued at $1.7 billion by 2050, versus $460 million if developed as a traditional shopping center.

Public improvements planned for Wolf Lakes Village include enhancements to nearby roads such as the I-35 and University Avenue intersection as well as other off-site improvements. The City of Georgetown is working with developers, Williamson County, and Texas Department of Transportation to proactively plan capital improvements to improve traffic flow in conjunction with development in the area.