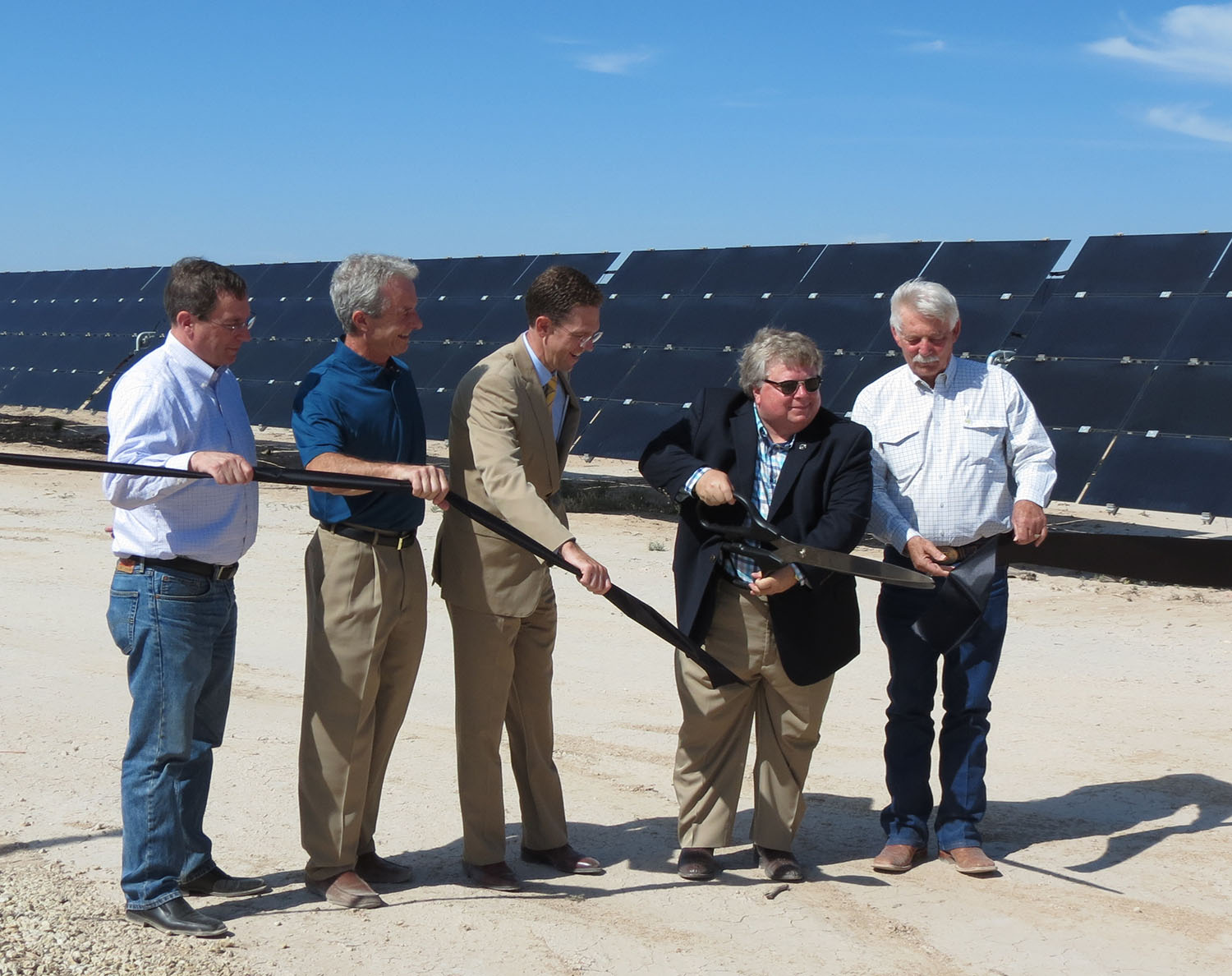 Georgetown will officially be powered with 100 percent renewable solar- and wind-generated energy on Sunday, July 1, when the city begins receiving electricity from the Buckthorn solar plant in West Texas.  The 154 megawatt solar farm, owned by NRG Yield and operated by NRG Renewables, provides power for the City utility, making Georgetown one of the largest cities in the U.S. to be 100 percent renewable.

At a ribbon-cutting event at the Buckthorn facility on Thursday, Mayor Dale Ross said, “Buckthorn represents more than just energy. It represents a defining moment in history when renewable energy officially became competitive with fossils fuels on the cost of energy.”

Georgetown officials were joined at the ribbon cutting by representatives from Pecos County; NRG Energy; Wells Fargo, who provided financing for the solar farm; and Swinerton Renewable Energy, who constructed the solar facility.

The 1,250-acre Buckthorn solar plant located 15 miles north of Fort Stockton contains 1.7 million solar panels. The panels are mounted on a single-axis tracking system that rotate over the course of each day to maintain a 90-degree angle to the sun in order to maximize output. The plant is in Pecos County, which has the second-highest radiance factor in the state. Radiance is a rating for available sunlight. 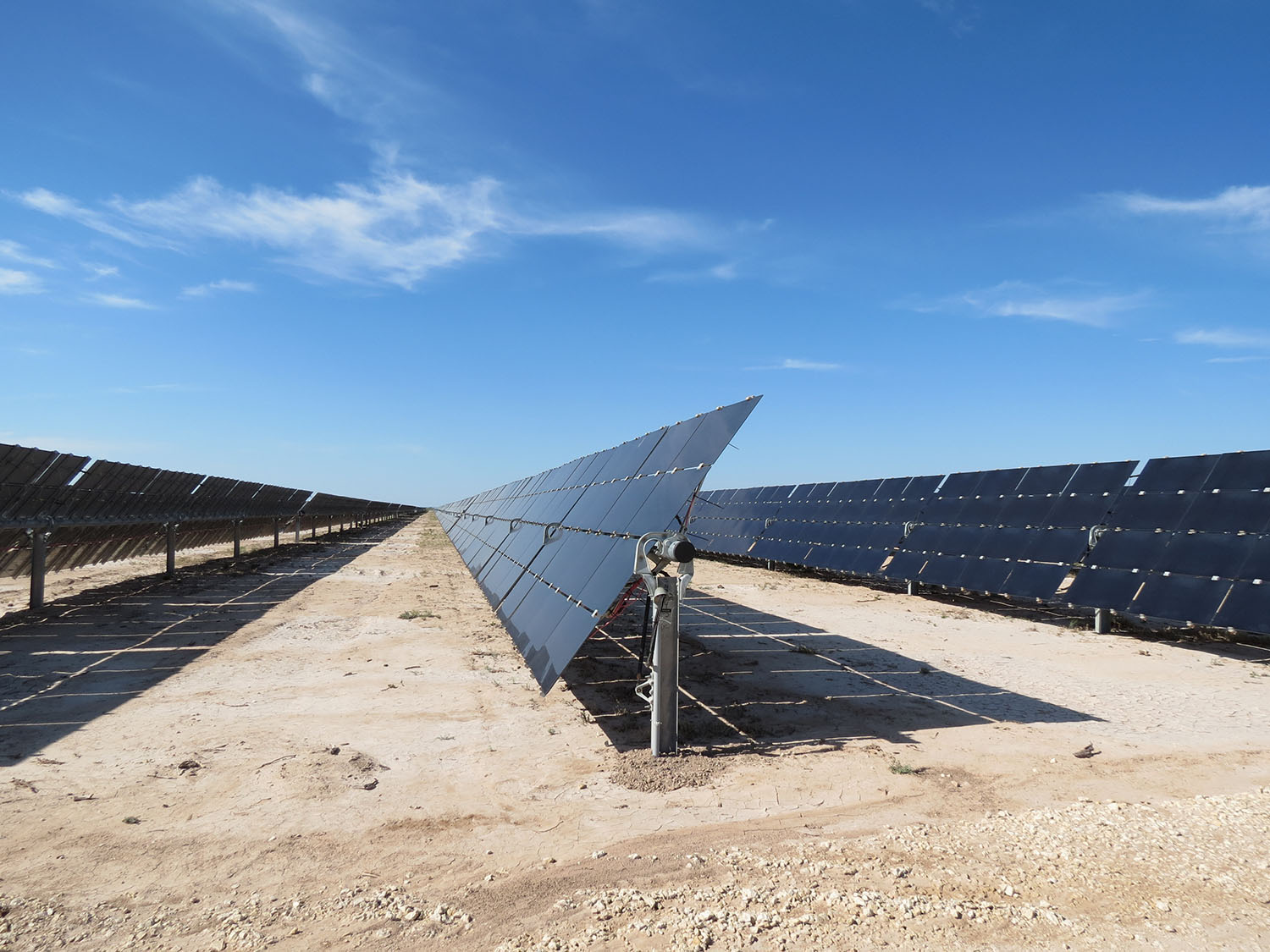 In addition to the Buckthorn solar farm, Georgetown’s energy providers include Spinning Spur 3, a wind farm near Amarillo owned by EDF Renewable Energy, and the Southwest Mesa and South Trent wind farms in West Texas owned by AEP.