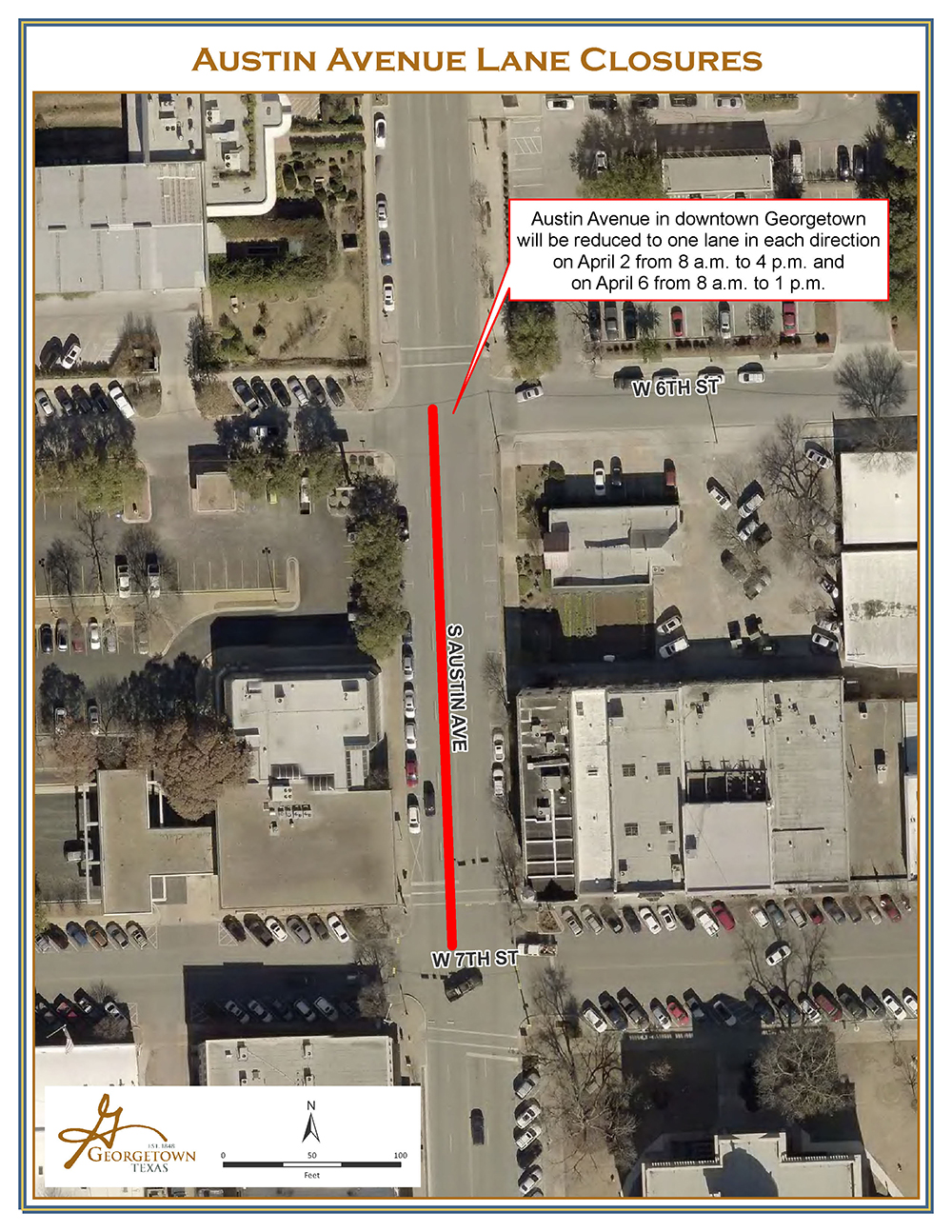 The lane closures are to allow space for a crane to lift a heating and air conditioning unit from the roof of the Lockett Building on April 2. A crane will lift a new unit onto the roof on April 6.