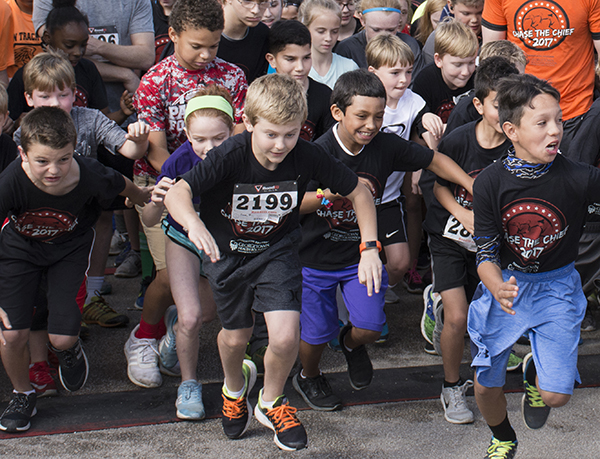 A new report from the U.S. Census Bureau released yesterday shows that Georgetown is ranked fifth on the list of fastest-growing cities in the country with a population of more than 50,000. Georgetown’s growth rate was 5.5 percent from July 1, 2015, through July 1, 2016, resulting in a population estimate of 67,140.

“It’s not surprising that Georgetown continues to be one of the fastest-growing cities in the country,” says Georgetown Mayor Dale Ross. “Georgetown has what many are looking for—beautiful parks and trails, great schools, and a gorgeous historic downtown with one-of-a-kind shops. We are one of the safest towns in the state and we’ve been recognized internationally for moving to 100 percent wind and solar energy next year. We also have quality city staff and an outstanding city council who, with the support of our residents, have made investments in facilities and roads to ensure that we can support quality growth while preserving our unique charm.”

The news release from the Census about the fastest-growing cities in the U.S. in 2015 to 2016 is at www.census.gov/newsroom/press-releases/2017/cb17-81-population-estimates-subcounty.html.