A mosquito trap sample collected last week in the Villages of Berry Creek neighborhood on the north side of the city has tested positive for West Nile Virus. This testing is part of the City of Georgetown’s participation in the Williamson County and Cities Health District’s Integrated Mosquito Management program. The positive test was indicated in lab results received yesterday afternoon from the Texas Department of State Health Services lab in Austin. 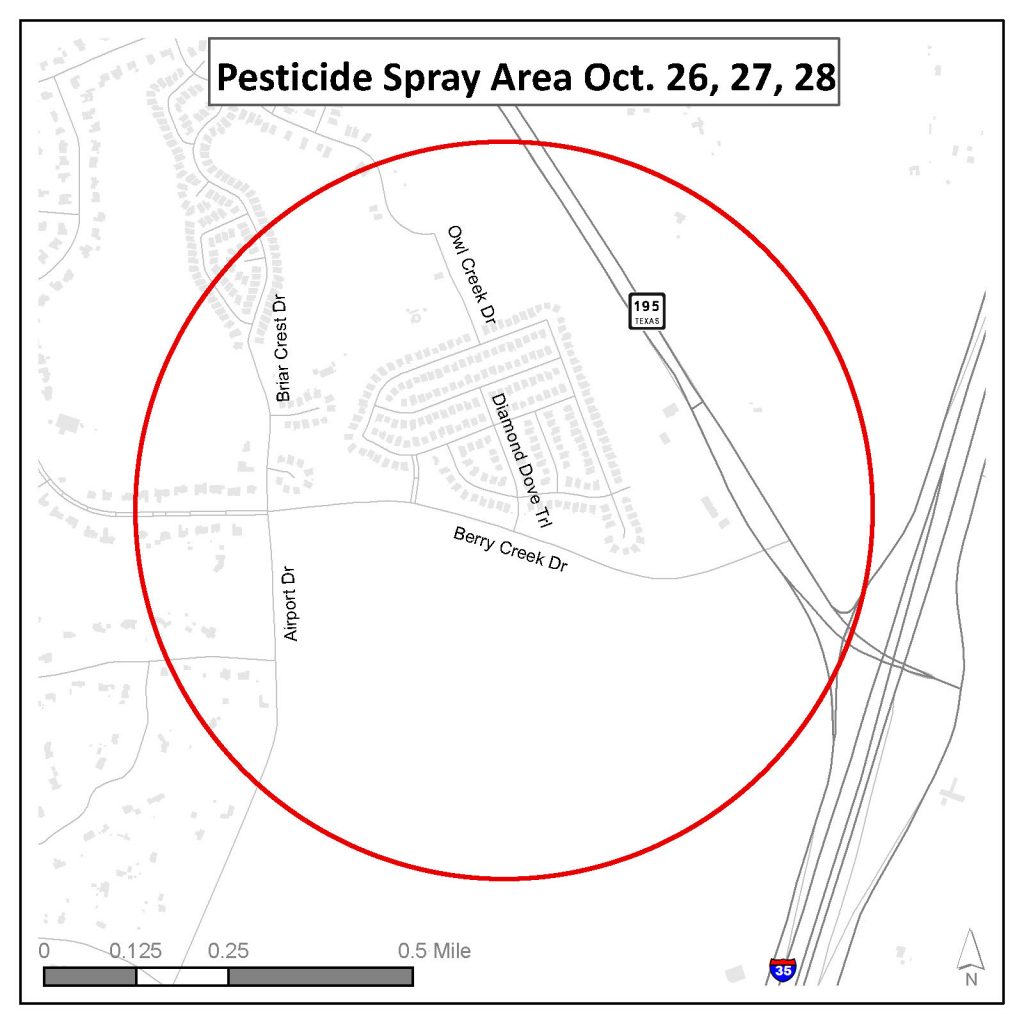 The sample was collected from a trap in the Villages of Berry Creek neighborhood October 18. The species tested positive for West Nile Virus was Culex quinquefasciatus, also known as the Southern house mosquito. There were 44 Culex mosquitoes in the sample. The number of mosquitoes with the West Nile Virus in the sample is not known. This species of mosquito has a flight range of about one mile.

A contract pesticide applicator is scheduled to spray in the vicinity of the trap location since children and families will be out for trick-or-treating next week. After 9 p.m. on Wednesday, Thursday, and Friday, the applicator will use a permethrin-based insecticide along the street right-of-way and in public parks, weather permitting. Permethrin is a synthetic derivative of a pyrethrum, which comes from Chrysanthemum flowers.

A map is included showing the area where application of the pesticide is planned in the Villages of Berry Creek area. The use of the insecticide will reduce the adult mosquito population in that area. Spraying will be done if the wind speed is less than 10 mph.

The City also continues to use larvicide tablets to treat standing water found on public property.