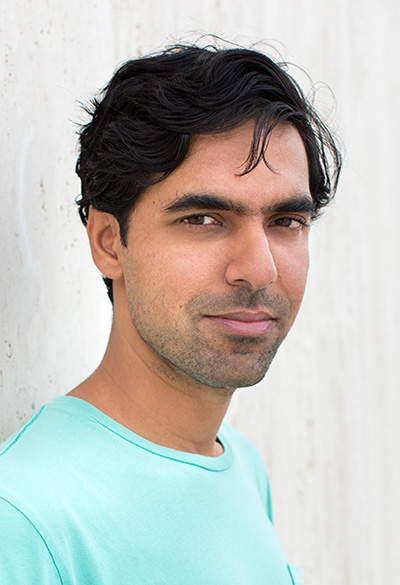 Mahajan will speak about his second novel The Association of Small Bombs, which was released in March and was recently named as one of five finalists for the National Book Award. In the novel he writes about the effects of terrorism on victims and perpetrators. The story explores the effects of one small bombing on all the people who were there, or associated with the people who were there, and how the bombing affects people for the rest of their lives.

The novel has received much critical acclaim. A reviewer in the Huffington Post says, “In a post-9/11 world, this novel should be considered a must-read.”  A reviewer in the Austin-American Statesman described the novel as, “A tour de force of psychological probing and empathy.”  And the New York Times Book Review noted that the book is “Wonderful …smart, devastating, unpredictable and enviably adept in its handling of tragedy and its fallout.”

Mahajan was born in 1984 and grew up in New Delhi, India. His first novel, Family Planning (2008), won the Joseph Henry Jackson Award and was a finalist for the International Dylan Thomas Prize. It was published in nine countries.  Mahajan has worked as an editor in San Francisco, a consultant on economic and urban planning issues for the New York City government, and a researcher in Bangalore, India.  A graduate of Stanford University and The University of Texas’ Michener Center for Writers, he currently lives in Austin, Texas, where he is at work on his third novel.

Tickets for the event are $15 in advance and $18 at the door, and may be purchased at the Second-Hand Prose bookstore on the second floor of the Public Library, at the WOW!mobile, or by contacting Marcy Lowe at (512) 868-8974. The event ticket cost includes admission and a dessert and beverage from the Red Poppy Café.  The library is located at 402 W. Eighth Street in Georgetown.

All proceeds from the event will go toward meeting unfunded projects of the Public Library.