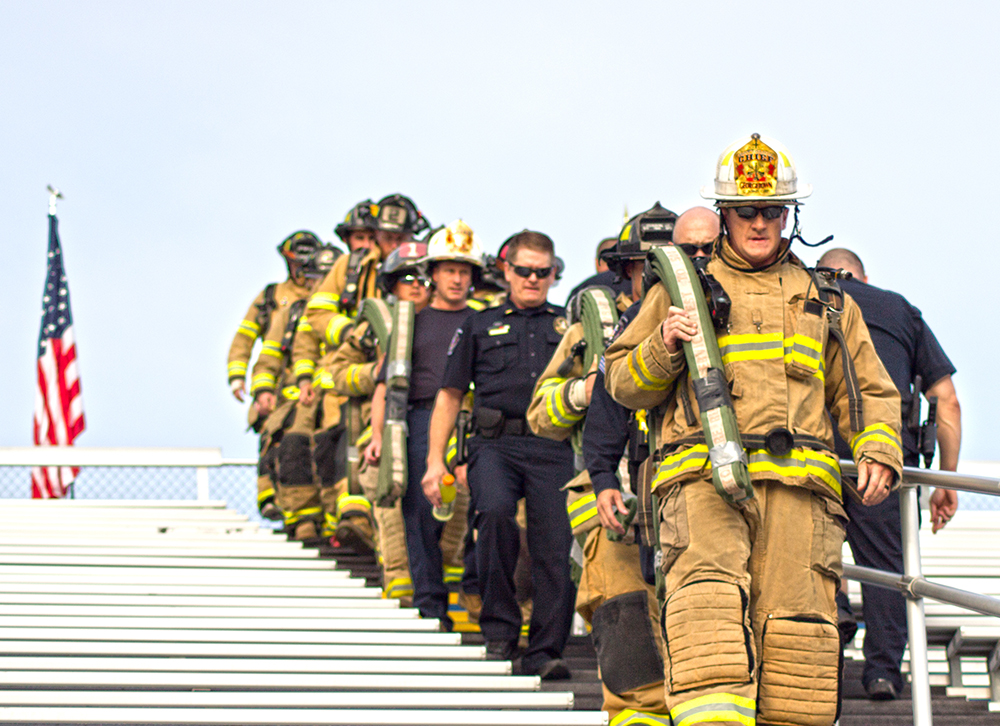 Georgetown firefighters and police officers will participate in a memorial stair climb at the Georgetown ISD athletic stadium on Sunday, September 11. The climb is done each year as a tribute to first responders who lost their lives on September 11, 2001. Participants will climb the equivalent of 110 stories—the height of the World Trade Center towers in New York City.

The event begins at 8 a.m. with an invocation by Fire Lieutenant Brad Cox followed by comments from Georgetown Fire Chief John Sullivan and Georgetown Police Chief Wayne Nero. One firefighter and one police officer will post the colors before the climb begins. The Georgetown Fire Department Pipe Band will be at the event and will play prior to the climb.

The firefighters on the climb will be wearing firefighting gear including boots, helmets, protective pants and jackets, and air packs. Police officers will carry extra tactical gear on the climb. Participants will pause for a moment of silence at the times that each of the World Trade Center towers collapsed.

The gate to the stadium opens at 7:30 a.m. for the event. Members of the public and the news media are welcome to attend the event and observe.