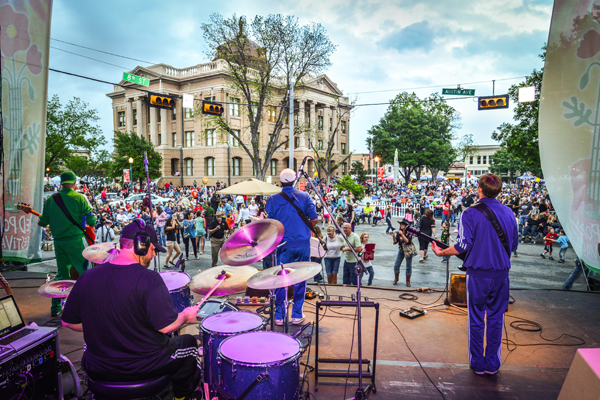 Georgetown is the nation’s fastest growing city with a population greater than 50,000, according to a news release today from the U.S. Census Bureau.

Mayor Dale Ross offered some perspective on Georgetown’s recent growth rate. “Why are so many people moving to Georgetown? I think when they first visit here they recognize Georgetown is growing, however our quality growth has been guided and managed so that we have not lost our small town charm,” said Mayor Ross. “The nineteenth-century buildings on the Most Beautiful Town Square in Texas, our historic district, and our world-class park system tells our unique history. Our rich and proud history that goes back nearly 170 years is treasured. We also are leading the way with regards to innovating for the future with our move to 100 renewable energy from our city-owned utility. And we are encouraging bio-tech companies to call Georgetown their new home. In addition, we have great schools including the oldest chartered university in the state, Southwestern University, and our public safety operations are top-rated and include police, fire and our own EMS services. We have successfully built a bridge between the past and future which has allowed Georgetown to become the best city in the United States to live, work, play, raise kids, and retire.”