The Georgetown Public Library celebrates a half-century of serving the community at a special event next month. The 50th Anniversary Gala is a ticketed, drinks-and-dancing evening social from 7 to 10 p.m. on Saturday, March 5. The semiformal affair includes hors d’ oeuvres, a gift-basket raffle, and dancing to music by Cienfuegos, a Latin combo. 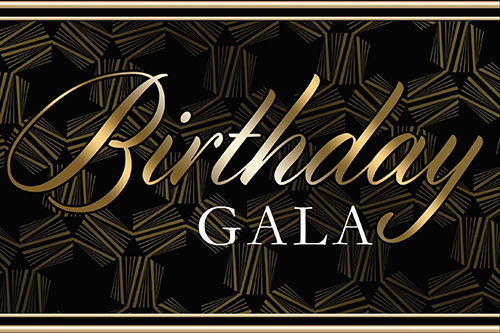 “There’s not going to be long-winded speeches at this event,” says Eric Lashley, director of the Georgetown Public Library. “We’re going to have fun. It’s a party.”

Tickets are $25 per person and can be purchased at the first floor circulation desk. Semiformal attire is requested.

The gala marks the end of a year-long celebration of the 50th anniversary. Georgetown’s library has grown in every way since its humble beginnings as a shoe-string volunteer operation.

The first Public Library location opened in 1966 in a one-room storefront at 802 S. Main Street, just off the Courthouse Square in the KGTN radio building owned by Don and Clara Scarbrough. The nonprofit volunteer-run library depended on donated books to build the collection. In 1970, the library moved to a new building at the corner of Main and Seventh streets, which is the current City Council Chambers.

In 1987, after a $1.5 million bond election, the Public Library moved again to a 17,000 square foot building at 808 Martin Luther King, Jr. Street. With the new facility in 1987, the building and library employees officially became a part of the City of Georgetown organization.

After a successful $9.8 million bond election in 2004, the Public Library moved in 2007 to its current 50,000 square foot facility at 402 W. Eighth Street. In addition to significant book, periodical, DVD, and online material collections, the Public Library has grown to include a large children’s area, a public computer cluster, community rooms, and a café. Programming includes the Summer Reading program, art exhibits, music concerts, and other events each week for children, teens, and adults. The library is open seven days each week with a staff of 23 employees and more than 100 volunteers.

The community is invited to join in the March 5 celebration of the Public Library’s 50th anniversary at the Gala. Tickets are on sale at the circulation desk. Find out more about the Georgetown Public Library at library.georgetown.org or visit at 402 W. Eighth Street in downtown Georgetown.