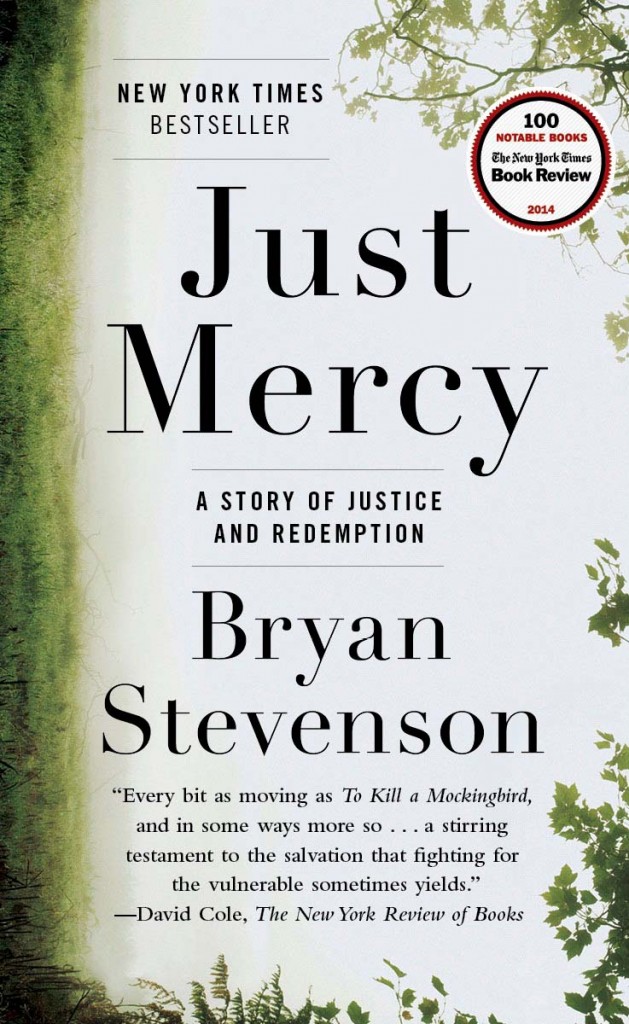 Just Mercy, a memoir and New York Times bestseller by Bryan Stevenson, will be the subject of book discussions at the Georgetown Public Library in February.  The book discussions are free and open to the public.

In the book Stevenson, a Harvard Law graduate, exposes the continuing legacy of racial injustice in the U.S. criminal justice system. “Not since Atticus Finch has a fearless and committed lawyer made such a difference in the American South,” says reviewer John Grisham. “Though larger than life, Atticus exists only in fiction. Bryan Stevenson, however, is very much alive and doing God’s work fighting for the poor, the oppressed, the voiceless, the vulnerable, the outcast, and those with no hope. Just Mercy is his inspiring and powerful story.”

Discussions of Just Mercy will be held at 6 p.m. on Wednesdays on February 3, 10, 17, and 24 on the bridge on the second floor of the Georgetown Public Library at 402 W. Eighth Street.

The discussions of Just Mercy are part of a number of events happening in Georgetown in February to mark Black History Month. Other events include a series of four Courageous Conversations about Race at the Public Library, a screening of the film Selma on February 26 at the Public Library, and a Black History Month Banquet sponsored by the Georgetown Cultural Citizen Memorial Association on February 12 at the McKinney Christian Ministry Center at First United Methodist Church.

Go to georgetown.org for details about these events.