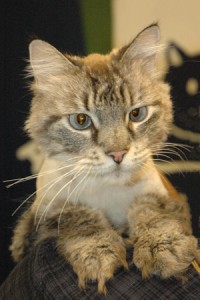 The 4 percent annual euthanasia rate, which means the shelter has again attained no-kill status, is a significant reduction from 2009 when the rate was 34 percent.

In addition, from October 1, 2014 through September 30 this year, the shelter achieved no-kill status in every month with an overall euthanasia rate for cats and dogs of 4 percent. A rate of 10 percent or lower is considered no-kill among animal shelters.

Jackie Carey, animal services manager, says that dogs and cats are euthanized only when they are not adoptable due to serious health problems or behavioral issues that could pose a safety risk. “We don’t euthanize to make an empty cage,” says Carey. The euthanasia rate is down 58 percent this year compared to last year.

Carey cites a number of reasons why they have achieved such a high live outcome rate.

Keeping animals healthy and reducing the spread of disease is a key factor. “We have a really dedicated staff and a super clean facility,” says Carey. “We did not have any major disease outbreaks last year.” Sanitation and disease control procedures are important elements in keeping the animals healthy.

The new cat adoption room is a better environment for the cats. “The cats are happier because they are not in cages,” says Carey. “When cats are free to roam in a room and are not confined to a cage, they are happier. They are less stressed and they stay healthier.” 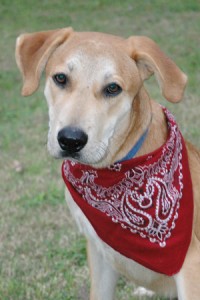 A number of efforts contribute to the high adoption rate at the shelter. One is the relationship between the shelter and the PetSmart store at the Wolf Ranch shopping center. The cats in the adoption area at PetSmart tend to get adopted quickly since they have many people seeing them each day. “Jessie Pierce on our staff does a great job of making sure that the adoption enclosures at PetSmart are full,” says Carey.

A third program has helped boost the adoptions for dogs. This year the shelter instituted a new training regimen for dogs called Dogs Playing for Life. In the program the shelter technicians and volunteers use a trained helper dog when they work with the dogs in the play yard at the shelter. “We put them into play groups and help them learn new play manners,” says Carey. “A dog may be aggressive in a cage, but if you socialize them with other dogs and teach them how to play, then they learn how to play well with other dogs.”

Carey says that recently one dog that came to the shelter was very aggressive toward other dogs. “She was very dog aggressive. But our volunteers and techs worked with her and now she’s fine.”

All of the efforts to boost adoptions of dogs and cats have contributed to the record live outcome rate for 2015.

This was the second year in a row that the shelter has attained the no-kill standard with a live outcome rate of 90 percent or higher.

The Georgetown Animal Shelter is located at 110 W.L. Walden Drive and is open Monday, Tuesday, Thursday, and Friday from 11 a.m. to 6 p.m. and Saturday and Sunday from 12 to 4 p.m. The shelter is closed on Wednesday. Contact the shelter at (512) 930-3592 or online at pets.georgetown.org.