Georgetown is one of 58 cities in Texas to be certified as a Scenic City. Georgetown was presented with its Gold Scenic City Certification on September 24 at the Texas Municipal League annual conference in San Antonio.

The Scenic City Certification Program incorporates a comprehensive set of model standards for design and development of public roadways and public spaces into a cohesive assessment program. The program draws a direct correlation between the success of a city’s economic development efforts and the visual appearance of its public spaces and recognizes municipalities that implement high-quality scenic standards. 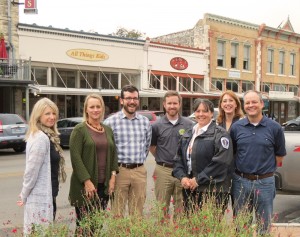 Scenic Texas, the sponsor of the certification program, is a nonprofit organization dedicated to preserving and enhancing the visual character of Texas by promoting enhanced design standards for public projects, sign regulation, freeway landscaping, and scenic byway development. Find out more at www.scenictexas.org.