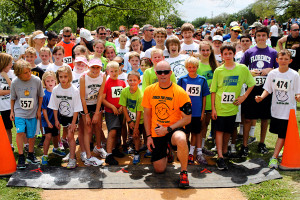 Georgetown is the second-fastest growing city in the U.S., according to data released by the U.S. Census Bureau on Wednesday. For cities of 50,000 residents or greater, Georgetown had the second-highest rate of population growth in the country.

Georgetown’s population growth shows no signs of slowing down. According to the City’s Planning Department, another 1,214 single-family homes have been platted in the city limits and another 1,116 apartment units have been recently completed or are near completion. Another 7,855 single-family homes in the city limits are in the planning stages, with an expected build out period of five to 20 years.

All of those residences currently in the development pipeline total 10,185 homes or apartments. With an average household size of 2.46 according to the Census, Georgetown can expect another 25,055 residents in the next decade or two.

Georgetown’s growth in recent years also is evident in key economic indicators. Since 2010, the total assessed value of property in the city has grown by more than 25 percent to exceed $5.2 billion in 2015. City sales tax revenue has increased by more than 55 percent since 2010. Yet the city’s property tax rate at 43.4 cents per $100 valuation remains one of the lowest in the region.