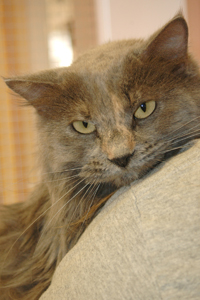 All across Georgetown, tails are wagging and the sound of purrs is emanating from every quarter, as the Georgetown Animal Shelter achieved a significant benchmark.

The City shelter achieved a live outcome rate of 90 percent for the 2014 fiscal year, which spanned October 1, 2013 to September 30. This means that the shelter met the common standard for no-kill status, which is a euthanasia rate under 10 percent. Animals are euthanized at the shelter only when they are severely sick or injured, or exhibit behavior unsafe to other animals or people.

This is the second time for the shelter to meet the annual no-kill standard. The shelter had a 90 percent live outcome rate in the 2011 calendar year. In the 2013 fiscal year, the live outcome rate was 81 percent, and in fiscal 2012 it was 85 percent.

“I’m so proud of our staff and volunteers who work so hard to find good, appropriate homes for our dogs and cats.  And we are all grateful to the public for adopting,” said Jackie Carey, animal services manager.

Other notable milestones from the year-end report include: 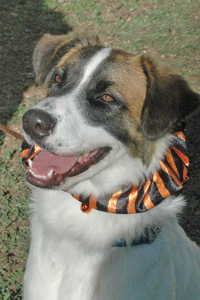 According to Carey, the dramatic increase in animals being returned to their owners is probably a result of increased efforts to track down and work with owners on reclaiming their animals, as well as more animals being microchipped.

In summary, the shelter took in 12 percent more animals than in the previous year, yet both the number of adoptions and the number returned to owners increased, resulting in fewer animals being euthanized.

“This is a huge accomplishment for an open intake municipal shelter,” said Carey. “We are required by law to take in every animal surrendered or picked up at-large within our jurisdiction, even aggressive or sick animals. To accomplish no-kill under those requirements is nothing short of amazing.”