Long-time General Manager of Utilities Jim Briggs announced his retirement today. After more than three decades with the City of Georgetown, Briggs will step down at the end of September. 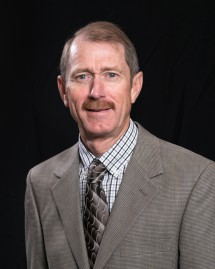 “Jim is a pillar of Georgetown and in the utility profession,” City Manager David Morgan said. “His tremendous contributions to the city organization and our community are greatly appreciated.”

Briggs began with Georgetown in 1986 as the public works engineer. In 1989 he was promoted to the director of public utilities. He was promoted again in 2000 to the assistant city manager for utility operations, and in 2010 he was named the general manager of utilities. Between November 2014 and May 2015 Briggs served as the interim city manager. He is a proud graduate of Texas A&M University.

“I am fortunate to have had the opportunity to grow professionally in such a great community and a great career in Georgetown,” Briggs said. “I honestly didn’t think I’d be here more than a couple years when I started.”

Briggs was initially hired to help construct the Lake Water Treatment Plant and manage the first significant utility bond projects for the City. Other notable achievements during his career include negotiating the City’s consolidation with the Chisholm Trail Special Utility District, advocating for Georgetown before the Texas Legislature, securing long-term water supply for Georgetown, including helping secure the Stillhouse-Georgetown raw water pipeline and collaborating with Round Rock to interconnect the water systems for increased reliability.

During his tenure, he helped close the City landfill, contract for solid waste management, and negotiate the development agreements with Del Webb Sun City and Wolf Ranch by Hillwood. He worked to complete the Southwest Bypass, recruit the Citigroup data center, and manage wastewater planning that led to improvements such as the Pecan Branch Wastewater Treatment Plant, the South San Gabriel River wastewater basin improvements, and the Berry Creek Wastewater line.

Throughout his career Jim has served on various utility planning boards, professional organizations, and trade associations. Currently, he is a board member for the state’s regional water planning group and a long-standing member of Texas Public Power Association board of directors.

He was named Citizen of the Year by the Williamson County Sun in 2014, awarded the Georgetown Chamber of Commerce Cornerstone Award for Economic Development in 2017, received recognition from the Environmental Protection Agency in 1993 and 1996 for operational excellence, received the Texas Municipal Utility of the Year in 1999, the American Public Power Association National Safety Award in 2000 and the Community Service Award for “A Safe Place” in 2003, and added to TPPA’s Texas State Honor Roll in 2005.

Briggs will continue serving the City through September, with a focus on preparing the 2020 budget, as well as overseeing utility planning.