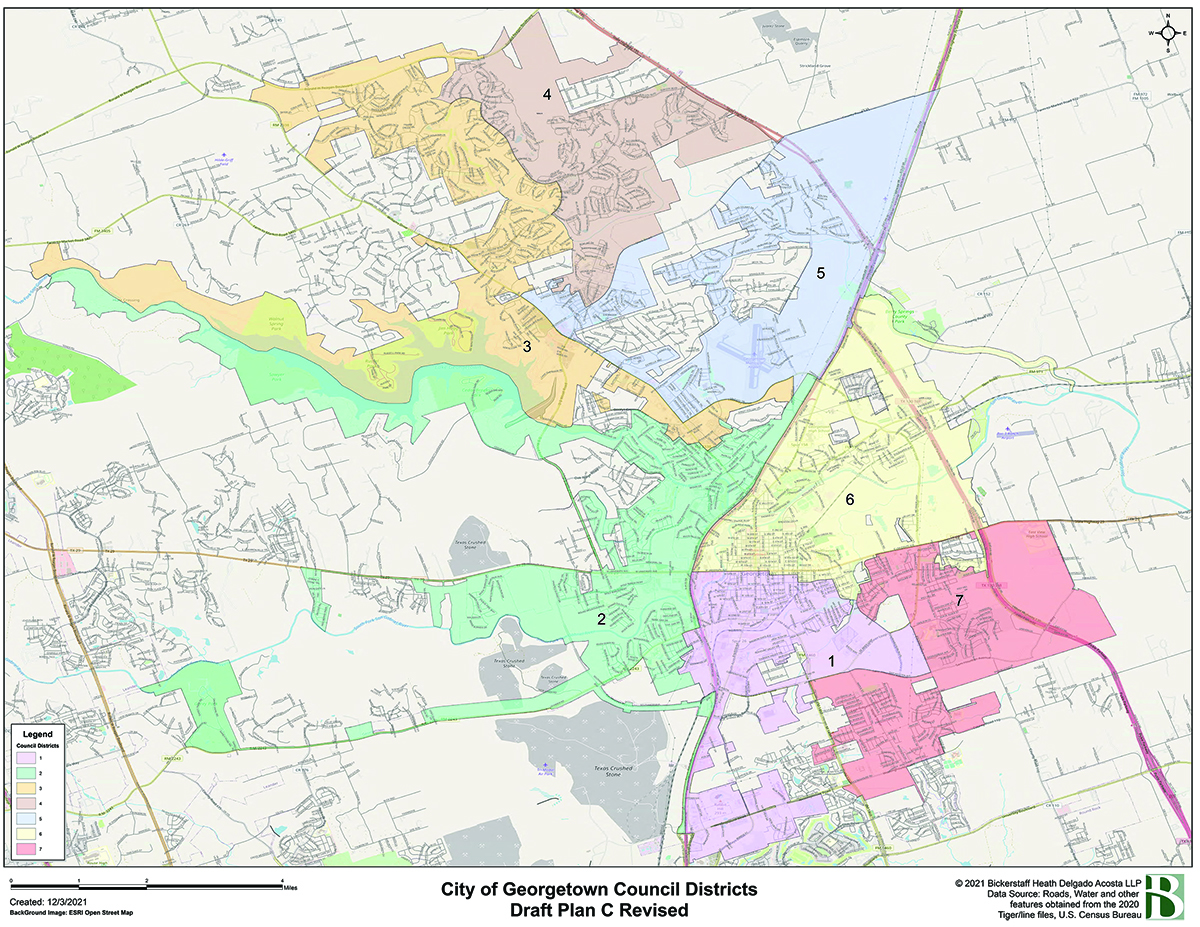 On Friday, Georgetown City Council approved the second and final reading of an ordinance to establish new Council Districts for the city.

The process to rebalance the population in the city’s seven council districts and create a new Council District map (shown at right), which is known as redistricting, started in October. City Council was advised by the law firm Bickerstaff Heath Delgado Acosta through the redistricting process, which happens after every decennial census.

City Council held meetings to discuss and give direction on the new Council District map Oct. 26, Nov. 9, Nov. 23, Dec. 3, Dec. 14, and Dec. 17. Agendas, maps, and video of the meetings can be seen at government.georgetown.org/redistricting-2021. The meetings were open to the public and broadcast live on georgetown.org/gtv, Facebook, and on GTV channel 10.

The new Council Districts, as well as other local and state district boundaries, will be effective in January. Williamson County Elections Department will mail out new voter registration cards in January to all active registered voters with new City Council District numbers, new County voting precinct numbers, and other state and local districts that may have changed.

New Council Districts will be in effect in advance of Jan. 19, 2022, which is the start of the filing period for candidates in Districts 3, 4, and 7 that will be on the May 2022 City Council election ballot.