The Georgetown Bicycle Master Plan was approved Dec. 10 by City Council on second reading. The plan, which is a blueprint for future transportation projects and educational efforts for a safe and well-connected bicycle network, was adopted by ordinance as an amendment to the 2030 Comprehensive Plan. 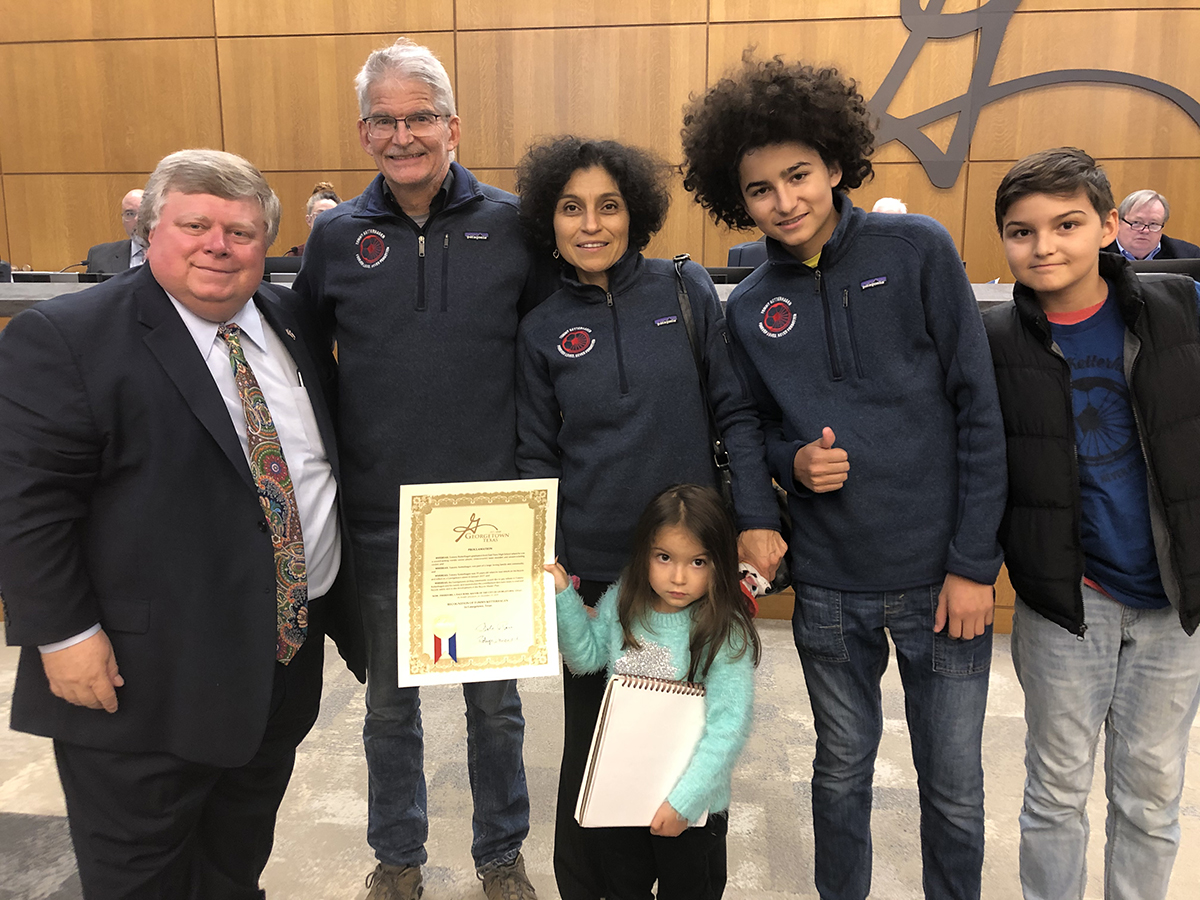 Many of the projects proposed in the plan have low capital requirements and involve pavement markings or wayfinding signs. Some of these projects can be incorporated into City maintenance budgets in future years.

Priority projects in the plan with higher capital costs include: 1) bicycle/pedestrian bridges over the San Gabriel Rivers on Austin Avenue, 2) a bicycle corridor on Eighth Street, 3) a buffered bike lane on Main Street, 4) a higher elevation bicycle/pedestrian bridge across the river at Holly Street, 5) and a route on Maple Street including off-street paths and protected bicycle lanes. These projects and others will be considered for future capital improvement plans.

Five City boards and commissions reviewed the draft plan and provided feedback, which was incorporated into the document. Public input also included a presentation in Sun City and a public open house.

At the council meeting on Tuesday, the Bicycle Master Plan was dedicated to Tommy Ketterhagen, an avid cyclist from Georgetown who tragically lost his life in 2017 while cycling on Patriot Way in Georgetown. Tommy’s family (pictured above) was at the meeting to honor his memory.

The Bicycle Master Plan is posted online at transportation.georgetown.org/bike-plan.