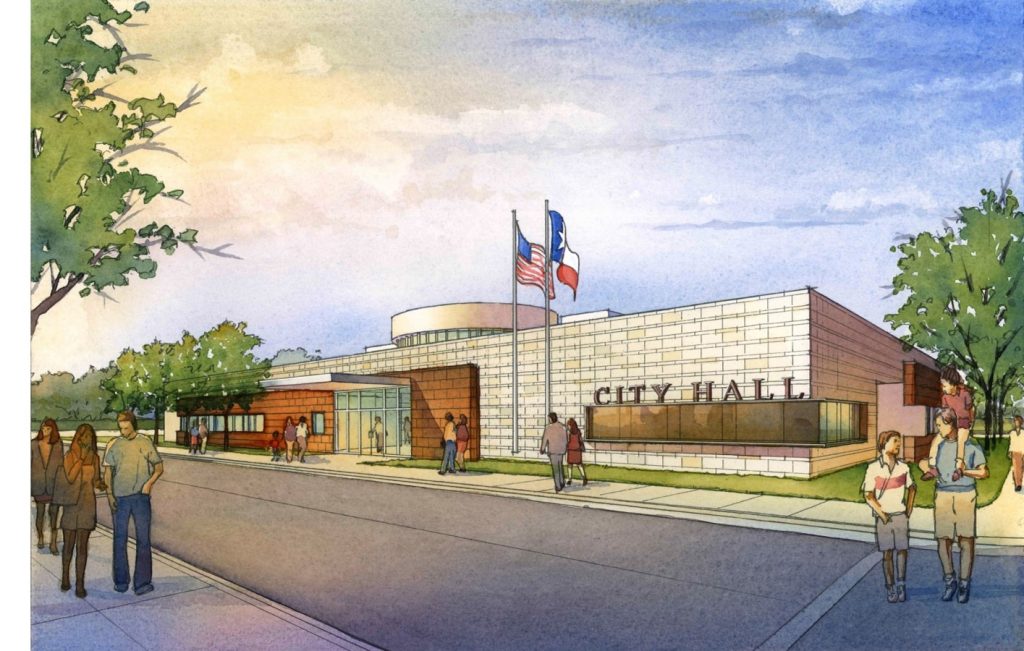 The City of Georgetown will break ground on Nov. 28 to start the renovation of two City buildings that will be part of a civic campus for City government offices. The groundbreaking ceremony is at 10:30 a.m. in front of the future City Hall building at 808 Martin Luther King Jr. St.

Known as Downtown West, the new civic campus will include a City Hall and Council Chamber and Municipal Court Building as well as the existing Georgetown Public Library that opened in 2007, the Historic Light and Water Works office building, and a public parking lot on Eighth Street.

The former public library building at 808 Martin Luther King Jr. St. is being renovated to become a new City Hall office building. The 1987 library building was vacated when the new Public Library opened one half-block to the east. City Hall will include offices for City management, City Secretary’s Office, City Attorney’s Office, Economic Development, Finance, Human Resources, and the Mayor. The building renovation will retain most of the limestone exterior walls as well as structural beams and the foundation. 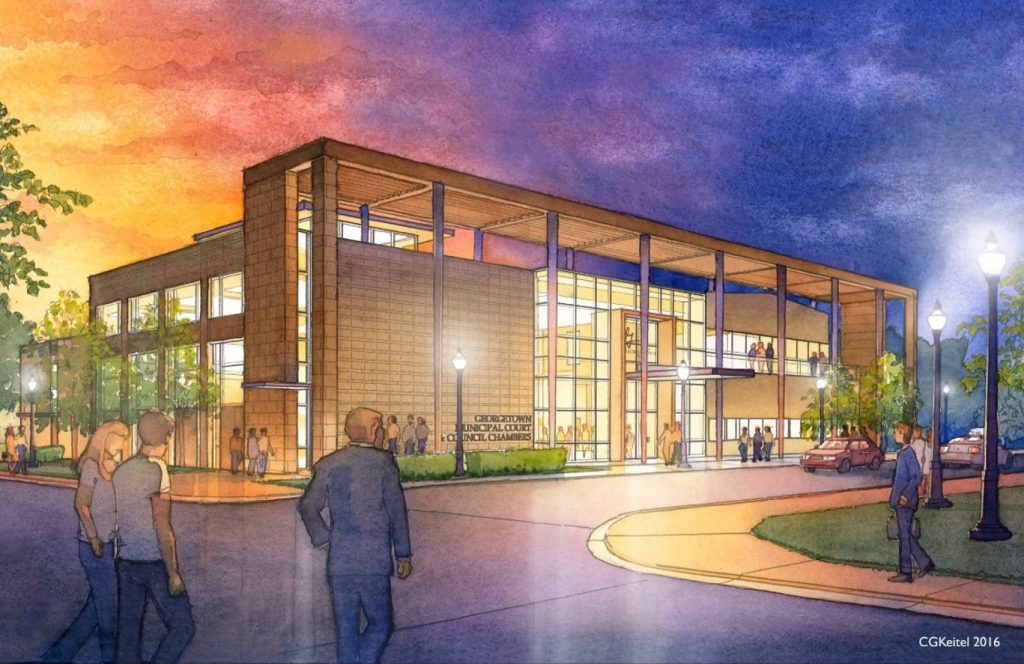 A walkway and green space area will connect the Council Chambers and Municipal Court with City Hall. The one-block section of Ninth Street between the two buildings and adjoining green space can be used for events. 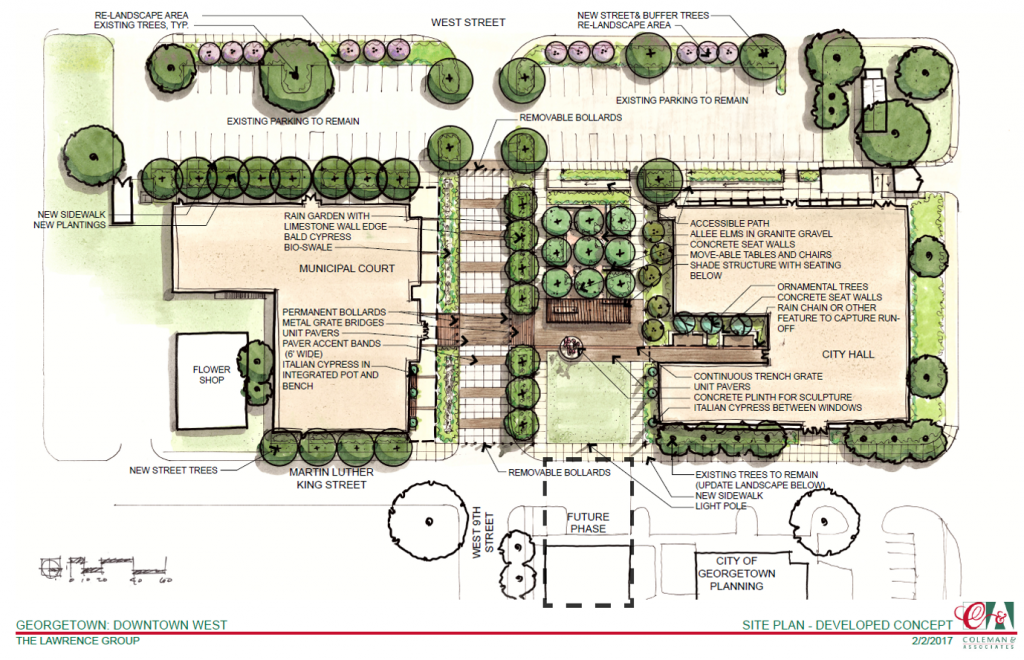 The $13 million project is funded by proceeds from the sale of City buildings, municipal bonds, and fee revenues. Construction should be complete in 12 months. The architect for the project is Lawrence Group and the contractor is Balfour Beatty.

The current Visitors Center, 103 W. Seventh St., and City Hall, 113 E. Eighth St., and Council Chambers and Municipal Court, 101 E. Seventh St., will be sold for retail or commercial use. A request for proposals to purchase each building will be released in early-2018.

The new civic complex on Eighth and MLK streets will centralize several offices that are currently in buildings scattered throughout the city. In addition to providing needed facility space, the new civic campus enables easier collaboration for City employees and convenience for residents using City services.