City of Georgetown Texas > Archived > Burglaries from Vehicles—Where and Why
Nov 9, 2015

The holiday shopping season is beginning, and that means extra precautions for gift items left in vehicles in shopping mall parking lots. Unfortunately, each holiday season, thieves steal items out of vehicles at the mall. For that reason, the holidays are an especially important time to get in the habit of locking your car doors and putting items in the trunk. 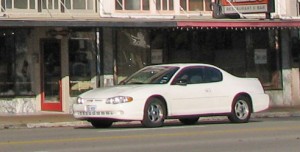 While that is sound advice, the Georgetown Police Department has some surprising data on where burglaries from vehicles are occurring and why. Most incidents are not happening at shopping malls and at businesses in Georgetown.

In the first nine months of 2015, two thirds of the burglaries from vehicles in Georgetown happened when the vehicle was parked at a house or apartment. Only 24 percent of the incidents happened at a mall or other commercial location.

Given that most burglaries from vehicles are happening when the car is parked at someone’s residence, how are they occurring?

The surprising fact that emerges is that many people don’t lock their vehicles while at home. However, this is where thieves are most likely to steal items from cars.

Lt. Jim Seals says that officers and volunteers have contacted many businesses in the city to make them aware of the vehicle burglary trends. “We’ve contacted every bank in town and also have talked to the hotels and most of the restaurants,” says Seals.

Two years ago the Police Department started an intensified effort to reduce burglaries from vehicles. There were 332 incidents in 2013 and only 134 in 2014. In 2015 there were 57 burglaries of vehicles from January through June. However, in the month of September there were 34 incidents, which is the highest monthly total since July 2013.

Lt. Seals says, “We’ve reached out to businesses in Georgetown to make them aware of the issue. Hotels, restaurants, and apartment complexes close to I-35 seem to be a target for thieves since there is an easy escape route. Now we need to get the word to residents.”

Locking your car door when you’re at the mall, at a business, and also at home is the key to reducing this crime, says Lt. Seals.

“It takes less than 60 seconds for a thief to enter your vehicle and be gone with anything you leave—your wallet, credit cards, computer, cell phone, garage door opener or anything of value,” says Ray Dorton, a volunteer with Citizens on Patrol. “Should you leave your garage door opener in the vehicle the criminal can take it and come back later, break into your home thus allowing yourself to become a victim for a second time.”

The simple habit of locking your car door, no matter where you are, can greatly reduce the chances that you’ll be the next victim.