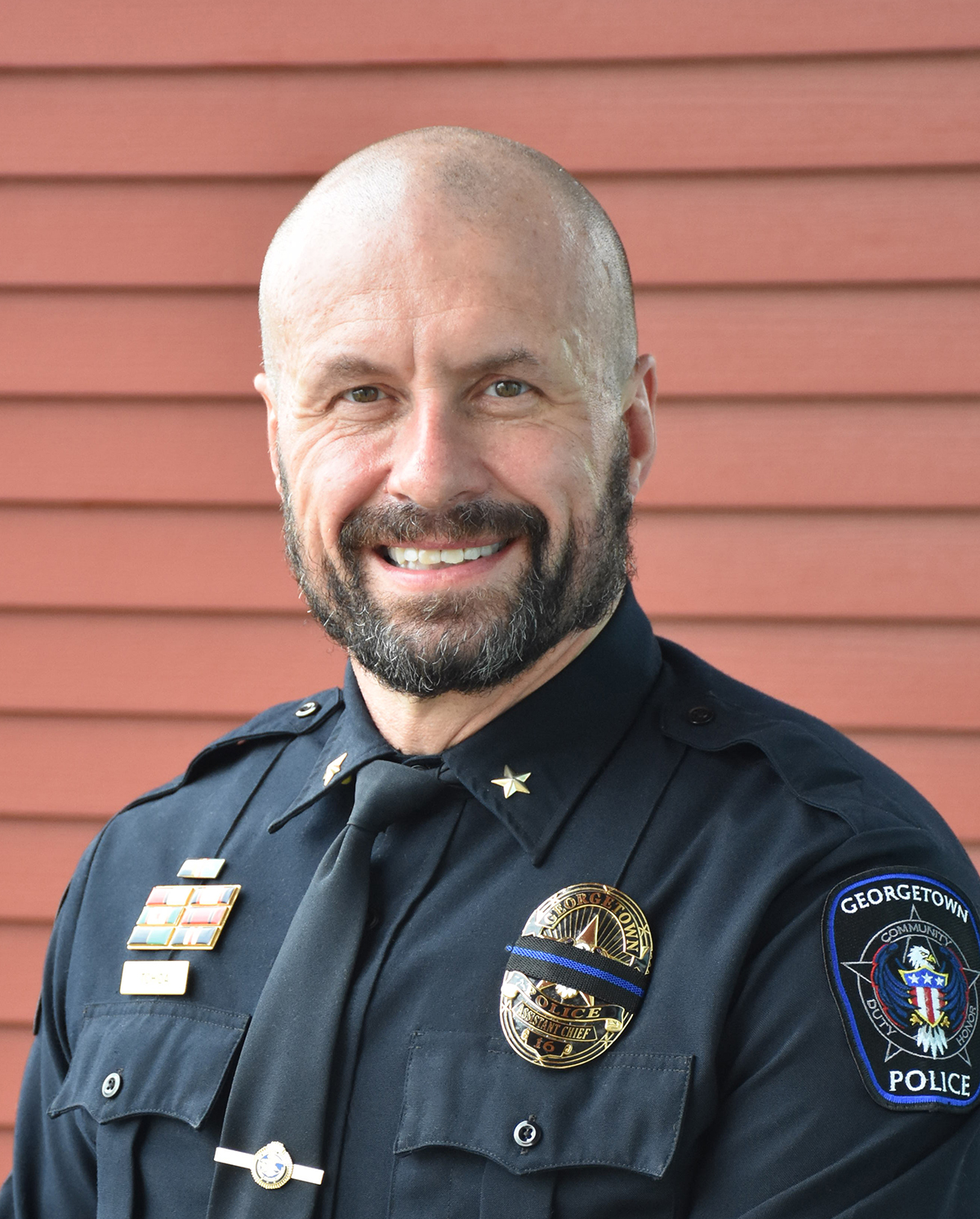 Update: The City Council approved the appointment of Cory Tchida as the police chief for Georgetown at a special meeting on June 6, 2022.

After a nationwide recruitment search conducted by Strategic Government Resources, City Manager David Morgan has appointed Interim Police Chief Cory Tchida as chief of police for the City of Georgetown. The city manager’s appointment will be presented to City Council for confirmation at a special meeting at 6 p.m. June 6, pursuant to Texas Local Government Code 143.013.

Tchida was one of three finalists from the more than 50 applicants who applied for the position from across the country.

“Cory Tchida has been a key leader within the police department and has provided exceptional leadership and value throughout his service as interim chief since June 2021,” Morgan said. “He is passionate about our community and deeply values relationships. I’m excited about his service in this new role.”

Tchida has served as interim police chief since June 14, 2021. He has more than 25 years of experience in law enforcement, including duties in corrections, patrol, narcotics, traffic, professional standards, and administration. He has more than 20 years of supervisory experience leading police officers and civilians at all levels of the organization. Tchida also had specialized assignments to SWAT (entry and sniper), the Crash Investigation Team, as a field training officer, and to the Bike/Lake Patrol. Tchida’s teaching experience includes topics such as use of force, less-lethal devices, active shooter response, racial profiling, crime statistics, and leadership and supervision.

Tchida has been with the Georgetown Police Department for more than 25 years, beginning his career as a patrol officer. For 10 years, he was a sergeant responsible for patrol, training, traffic, and narcotics. In his time with Georgetown, Tchida created a workload metric-tracking system for patrol officers, coordinated department training, conducted a complete rewrite of the standard operating procedures for the narcotics unit, and reformed the traffic unit. When he became lieutenant of patrol and administration, among other duties, he assisted in the restructuring of the department’s firearms training program, including phased levels of training and performance metric tracking.

Over the course of his career, Tchida has received numerous honors, including the Georgetown Police Chief’s Award in 2015 and the City of Georgetown’s Manager of the Year Award in 2013. He has made presentations to Citizen Police Academy classes, citizens’ groups, and peace officers. Tchida is a longtime board member of the Williamson County Court Appointed Special Advocates. He earned a Master of Science degree in criminal justice leadership and management from Sam Houston State University and a Bachelor of Arts degree in government from the University of Texas at Austin. Tchida is a 2014 graduate of Northwestern University’s School of Police Staff and Command and a graduate of the FBI National Academy Session No. 272.