The City Council of Georgetown, Texas (City) will conduct two public hearings on a proposed Strategic Partnership Agreement (SPA) between the City and Williamson County Municipal Utility District No. 30 (District).  The territory of the District includes portions of the Crescent Bluff subdivision located in the extraterritorial jurisdiction of the City in Williamson County, Texas, generally located at the intersection of State Hwy 29 and Crescent Bluff Drive (location map below). The territory of the District is described by metes and bounds in the Consent Agreement between the City and the District, recorded in the Official Public Records of Williamson County, Texas as Document No. 2018070636

The two public hearings will be held during the regular City Council meetings on the following dates and location:

No video conference option will be available on September 14,2021 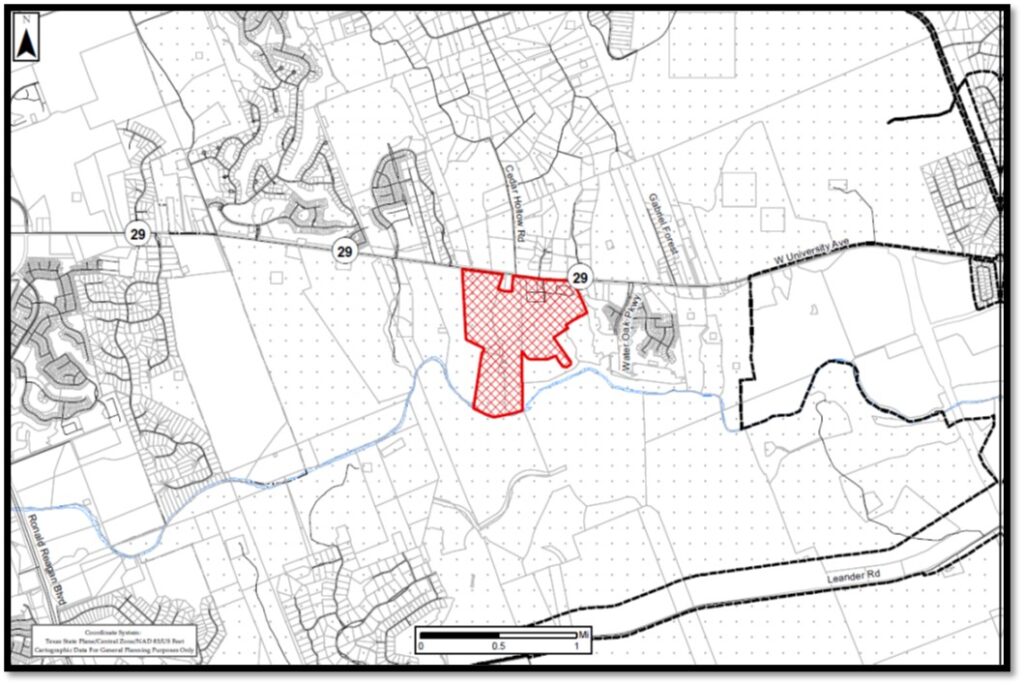