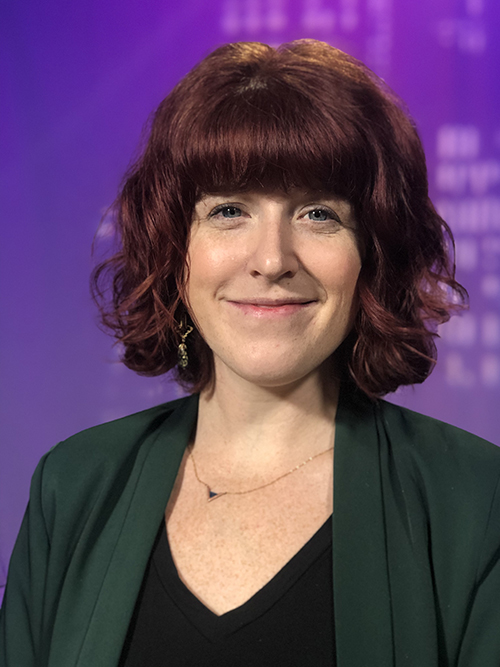 Van Dyke currently serves as a marketing and communications consultant for the City of Austin, directing and managing strategic communications planning. She manages marketing campaign development and execution for a variety of city departments. While in Austin, Van Dyke successfully oversaw social media policy development and brought best practices for online engagement to the city.

“Georgetown has a remarkable story to tell,” Van Dyke said. “I’ve seen firsthand all the incredible things the city of Georgetown has going for it – from its beautiful town square and parks to its ability to attract talented, creative people from across the globe. With such an active and enthusiastic community, it’s thrilling to think about being part of the team working to increase pride for, awareness of, and engagement with the community.”

In Georgetown, Van Dyke will oversee the newly formed communications and public engagement department, with a focus on developing a communications strategic plan, ensuring brand consistency, and developing a culture of meaningful public engagement across the City organization. Reporting directly to the city manager, the new director will have responsibility for a team of five employees.

“Aly is the perfect match to lead our communications and public engagement department through a time a significant change. She has a record of success improving and executing strategic communications plans that involve multiple departments,” City Manager David Morgan said. “We’re fortunate to have Aly to join the City of Georgetown team. She is well-suited to elevate our communication and engagement efforts to meet the ever-changing and evolving challenges of connecting with our residents.”

Prior to Austin, Van Dyke served as the media relations director for the City of Topeka, KS where she managed social media accounts, wrote news releases, coordinated media interviews, and served as the primary media liaison during emergencies. She and her team produced all the graphic design, live broadcasts, and videos within the City, in addition to coordinating public engagement opportunities and leading the internal communications team. Prior to Topeka, she was a reporter for The Topeka Capital-Journal, The Ottawa Herald, and the Kansas City Business Journal.

Van Dyke has a bachelor’s degree in journalism from the University of Kansas. She was named a Top-100 local government influencer by Engaging Local Government Leaders, won first-place for the use of video on social media at the National Association of Telecommunications Officers and Advisors earlier this year, and is a regular speaker on social media and engagement at civic groups and professional associations. Her first day at the City will be Jan. 6.