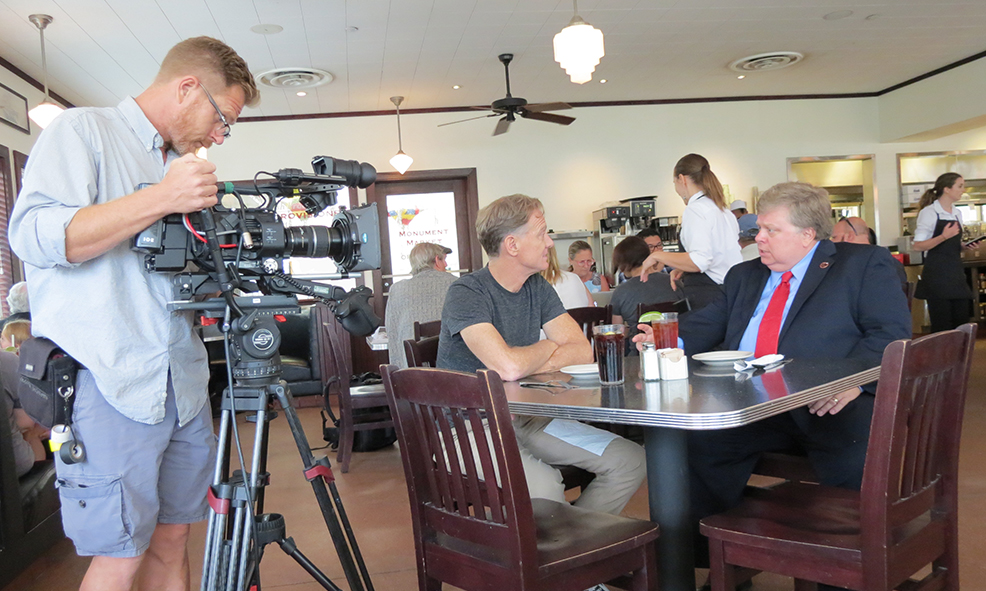 The City of Georgetown will hold a free public screening of the new documentary “Happening: A Clean Energy Revolution” in the Georgetown Public Library’s Hewlett Room on Monday, Dec. 11. The screening starts at 7 p.m., which is the same time as the premiere of the film on HBO.

In “Happening,” filmmaker Jamie Redford embarks on a colorful personal journey into the dawn of the clean energy era as it creates jobs, turns profits, and makes communities stronger and healthier across the U.S.

The film (rated TV-14) includes an appearance by Georgetown Mayor Dale Ross, who along with Chris Foster of Georgetown Utility Systems, will attend the screening at the library. After the 70-minute film ends, Mayor Ross and Foster will offer remarks and then take questions from the audience about renewable energy and Georgetown’s energy supply.

(Pictured: Director Jamie Redford talks with Mayor Ross in Monument Cafe during the filming of “Happening” in Georgetown in 2015.) 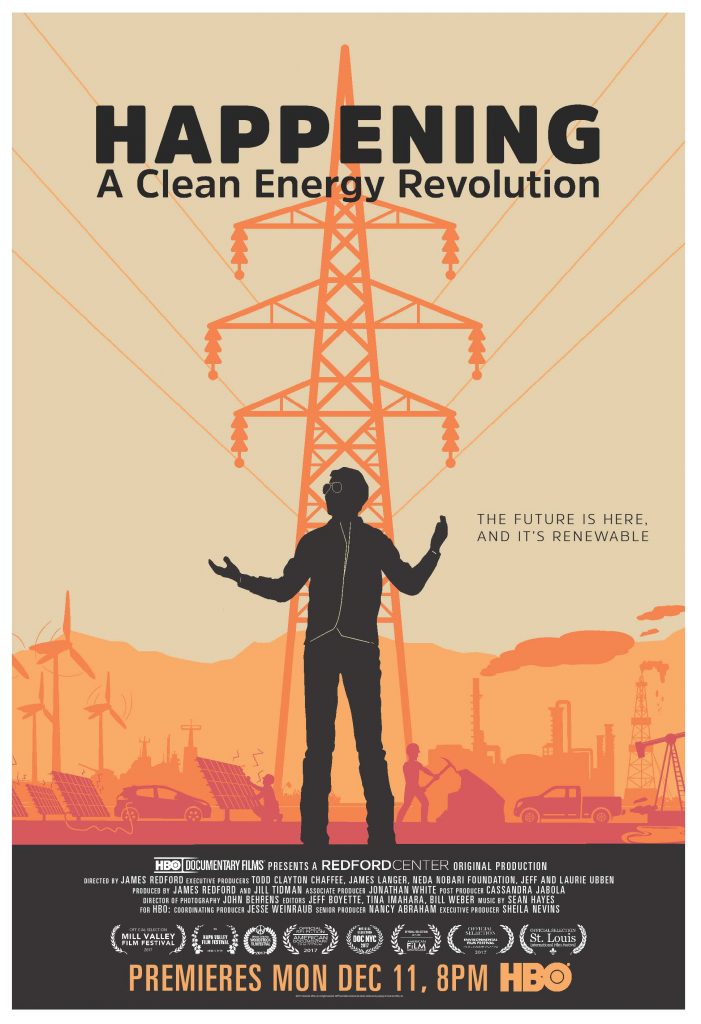 Highlighting innovators and entrepreneurs in communities from Georgetown, Texas, to Buffalo, New York, “Happening” follows Redford—grandson of a longtime Chevron worker and son of actor/environmental advocate Robert Redford—on an enlightening cross-country journey to discover the current state of clean energy and see what lies on the horizon.

Find out more about the film and see a trailer at happeningthemovie.com.

Georgetown is included in the film because of the power contracts that will make the City of Georgetown one of the largest municipally-owned utilities in the U.S. to supply its customers with 100 percent solar and wind energy. The long-term agreements also allow Georgetown to provide competitive electric rates and hedge against price volatility for energy produced by fossil fuels.

To learn more about Georgetown’s transition to 100 percent renewable energy, go to gus.georgetown.org/renewable-energy.