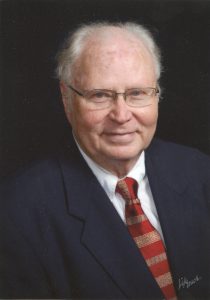 After receiving his doctorate in music from Harvard, Georgetown native Ellsworth Peterson realized his dream of coming home and building a career that has enriched the lives of students, residents and visitors through music.

His many contributions to the arts will be acknowledged by a mayoral proclamation naming Jan. 24 as Ellsworth Peterson Day. The recognition will take place at the beginning of the Jan. 24 City Council meeting.

“I don’t think there is anyone as influential as Ellsworth Peterson in terms of the arts and culture scene in Georgetown,” Library Services Director Eric Lashley said. “Georgetown is fortunate that Ellsworth continued to contribute to arts and culture well after he retired from Southwestern University. This recognition is well deserved.”

Peterson, who was born Nov. 22, 1933, attended Georgetown schools where he was taught by well-known first grade teacher Annie Purl before attending Southwestern University.

“After a two-year period of military service—I played oboe in the Eighth Army Band in Korea—I attended Union Theological Seminary in New York, where I received a master’s degree in sacred music, and Harvard University, where I received my doctorate,”  Peterson said.

He returned to Georgetown in 1965 as the Margaret Root Brown Professor of Fine Arts at Southwestern University, where he taught for 37 years. He has also served as an organist for Georgetown’s First United Methodist Church and university organist at Southwestern.

Peterson smiles when he is asked about changes in Georgetown’s arts scene over his lifetime.

“Things have changed in Georgetown,” he said. “The coming of Sun City has brought more people with time to help in the arts, and just the way the town has grown overall means we can do so much more now.” 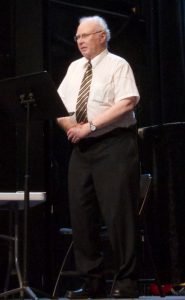 Peterson has been organizing public arts events in Georgetown since 1982, including five Brown Symposia at Southwestern University focusing on the works of Mahler, Britten, Shostakovich and Messiaen as well as the arts and culture of Thailand.

Peterson traveled to Thailand seven times, teaching Western music to students in the Thai language. His facility with the Thai language led to some translation work in addition to including Thai music in the SU curriculum.

“Hearing our SU students playing Thai instruments was one of the highlights of my career,” he said.

Peterson retired from Southwestern in 2002.

“Ellsworth Peterson is one of the most significant members of our arts and culture community in Georgetown,” said Laura Sewell, Sarofim School of Fine Arts Administration manager at Southwestern University, and member of the City of Georgetown Arts and Culture Board. “It seems that Ellsworth’s constant motivator is how to give Georgetown the very best in culture through music. In so many ways his life is about how to make us all better as a community and we cannot be more grateful for his dedication to Georgetown and all of us.”

After retiring from Southwestern, Peterson worked to create the annual Georgetown Festival of the Arts, which arose from conversations with colleagues over coffee at Cianfrani Coffee Co. about ways to bring people who love classical music together.

He has now served as artistic director of thirteen festivals each of which focused on a major composer or group of composers. Each festival includes multiple concerts and lectures in various locations throughout Georgetown, including a free community concert in San Gabriel Park that is followed by a fireworks show.

“I’ve enjoyed being involved with the festival over the years very much,” Peterson said. “One of the biggest thrills of all was seeing student musicians from Georgetown High School and East View High School performing Tchaikovsky’s ‘1812 Overture’ with Round Rock Symphony Orchestra musicians during the 2013 concert in the park.” 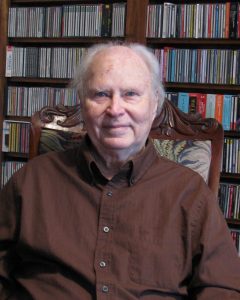 He said he stays in touch with several former high school students, many of whom have gone on to become professional musicians.

In addition to continuing work with the festival, Peterson is teaching a Senior University class this spring about the composers featured in this year’s festival Great Britons, which will focus on three British composers. He also writes the program notes for Georgetown Symphony Society concert programs.