When she started working for Georgetown’s utility in 1985, Kathy Ragsdale jokes that it wasn’t her computer or customer service skills that were key. “Their biggest concern was if I bowled or not,” says Ragsdale, who worked out on the City bowling team and went on to stay for the 30-year career with the utility department. 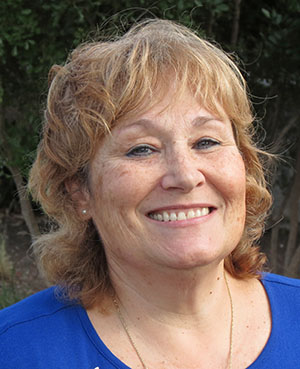 Her first position was as a cashier in the Utility Office, which was located on the Courthouse Square at 103 W. Seventh Street, current home of the Visitors Center. At that time Georgetown’s population was about 15,000 and billing was done by hand with deposits recorded in a book. By the early 1990s, the City was using an IBM main-frame computer with customer service representatives working at terminals to access account information.

One of the major innovations that Ragsdale helped to direct was the introduction of automated meter reading in 1998. Georgetown was one of the first utilities in the nation to implement the system that uses radio signals to transmit meter information. The move to the automated system limited the need for meter readers, but led to the creation of a technical staff to support the system.

After 26 years in the utility billing and customer support office, Ragsdale moved to a new position at the utility when she became the manager of Conservation Services. Since 2011, Ragsdale’s department managed the solid waste and recycling contract and enhanced programs in water and energy conservation. Two recent projects include the creation of a drought simulation structure and educational gardens at the new West Side Service Center to promote the use of drought-tolerant plants and low water-use landscapes.

Ragsdale says her most enduring legacy will be her work on a landscaping ordinance that was approved in 2014. The ordinance limits the irrigated turf area in the yards of new homes and requires six inches of top soil to promote wise water use. The new rules will have a big impact on the growth of irrigation water use for new homes built in Georgetown.

After serving 10 mayors and five city managers, Ragsdale retired from the City last month. She says retirement means spending more time with eight grandchildren at her home near Weir.  And she and her husband will be planting spinach, radishes, squash, and egg plant in their vegetable garden with the help of their new green John Deere tractor.