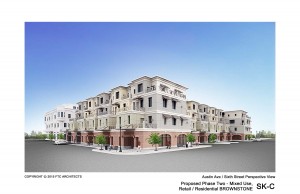 A new four-story project in downtown Georgetown with retail, office, and residential components was announced on Friday. Tamiro Plaza Phase 2, a 60,000 square foot structure, will be one of the largest mixed-use projects in Georgetown.

The project is adjacent to the four-story Tamiro Plaza phase 1 office and retail building that opened in 2008. The buildings at 501 S. Austin Avenue are one block north of the Courthouse Square.

Tamiro Plaza phase 2 will include 16,000 square feet of specialty shops and restaurants on the first floor and 43,000 square feet of professional offices and residential units on the upper floors, according to Francisco Choi, developer and architect for the project. Structured parking will be interior to the building and wrapped with residential and commercial space on the exterior.

Zhongyong Tang and Bee S Teo, Singapore-based investors in the project, visited Georgetown last week to meet with Choi, Georgetown Mayor Dale Ross, and City Manager David Morgan. “This is going to be a very good project,” said Tang. “I am looking forward to a very fruitful collaboration.” 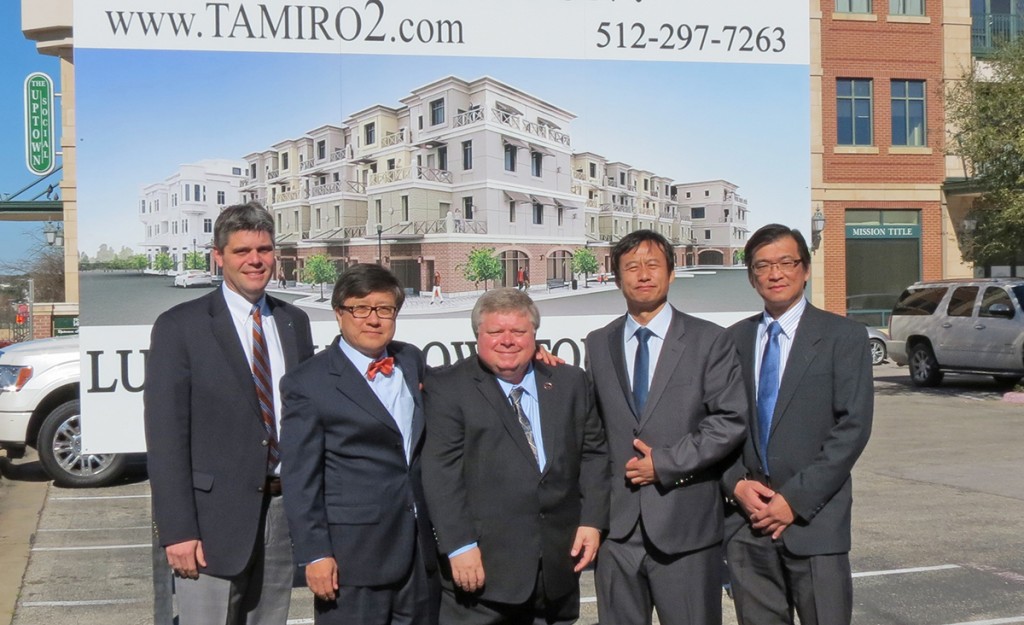 The $10 million project is set to begin construction by the end of the year with a grand opening date in late 2017, according to Choi. 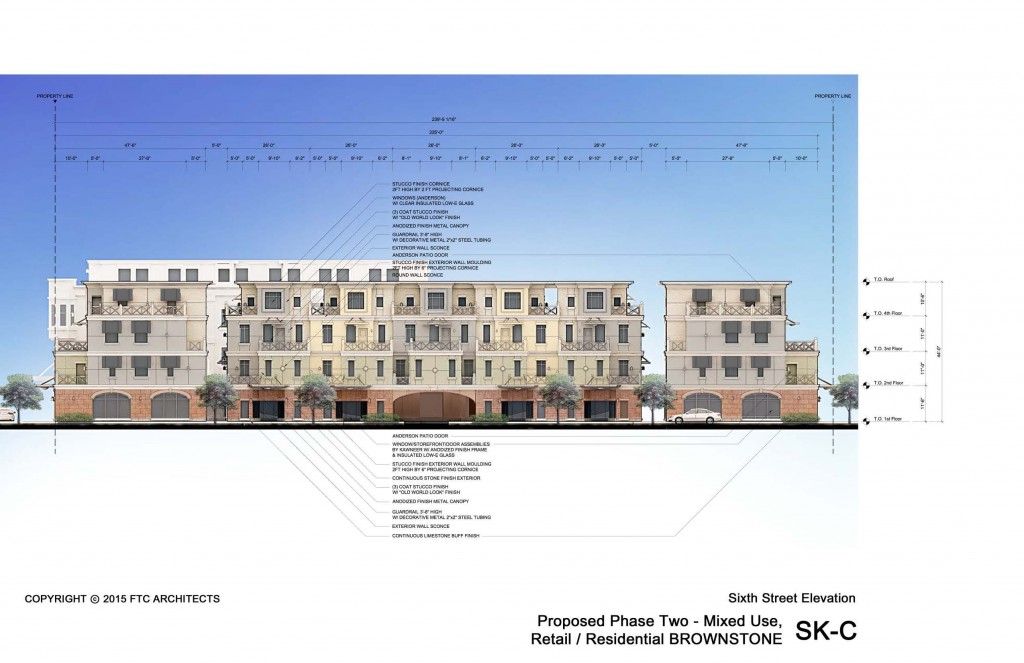 An architectural rendering of the project from Austin Avenue and Sixth Streets is shown above.

A rendering of the project depicting the Sixth Street elevation is shown at right.