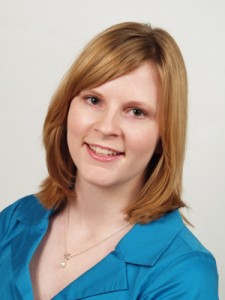 Leigh Wallace, corporate budget manager for the City of Austin, has been selected as the new finance director for the City of Georgetown. After a nationwide search, Wallace was selected from a pool of 25 highly-qualified applicants from nine states. She will start in her new position February 8.

Wallace has more than eight years of local government finance and public water utility experience. She has served in the Budget Office for the City of Austin since 2009. As the corporate budget manager she develops and monitors Austin’s $3.5 billion annual operating budget. During her time in Austin, Wallace served as the team leader for the Leadership International City/County Management Association Class of 2012 for the Edmonton Capital Projects Consulting Team in Edmonton, Alberta in Canada.

“We are pleased to welcome Leigh to the City of Georgetown,” says City Manager David Morgan. “She has a wealth of experience in local government finance and will continue Georgetown’s traditional of financial reporting excellence and fiscal management. Leigh has a passion for public service and a collaborative management style that will be a tremendous asset to the organization.”

A graduate of the Lyndon B. Johnson School of Public Affairs at the University of Texas at Austin, Wallace has a master’s degree of public affairs and was a Blodgett fellow in urban management. She also holds a bachelor’s degree in political science from Trinity University in San Antonio. Wallace is a member of both the International and Texas City/County Management Associations, a member of the TCMA Professional Development Committee, and a board member of the Trinity University Alumni Association, Austin Chapter.

As finance director for the City of Georgetown, Wallace will lead financial support areas and will direct the annual budget process for the organization.