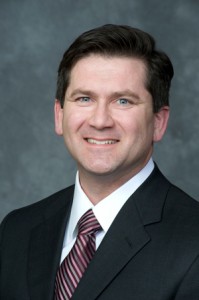 A deputy city manager from Centennial, Colorado, has been chosen as the new assistant city manager for the City of Georgetown. Wayne Reed will lead development-related departments in his new position with the City, which he will start on January 25. Reed was the top choice from a pool of 130 applicants from 27 states and Puerto Rico.

“Wayne has an extensive background in planning and community development that makes him an exceptional choice to help manage the tremendous growth that Georgetown is expected to experience over the next several years,” says City Manager David Morgan. “His innovative experience and leadership qualities will be instrumental in helping to guide and promote quality development as well as making Georgetown a smart place to invest.”

With more than 19 years of local government experience in both Colorado and Texas, Reed currently serves as the deputy city manager for the City of Centennial, Colorado. In that role, Reed oversees Community Development, Public Works, and the Office of Innovation for the growing Denver suburb with 107,000 residents. He previously served as Centennial’s community development director. Reed previously held the position of planning director for the Town of Berthoud, Colorado, and also served as a planner for the city of Arvada, Colorado, and Denton, Texas.

After he starts in Georgetown, one of Reed’s first projects will be to hire a new person to lead economic development efforts for the City. Reed joins two incumbent assistant city managers for Georgetown: Laurie Brewer and Jim Briggs.