The Public Utility Commission of Texas voted on Thursday in a unanimous ruling to approve the transfer of the service area of the Chisholm Trail Special Utility District to the City of Georgetown. The transfer of the certificate of convenience and necessity or CCN to the City of Georgetown means that the City water utility now has the authority and obligation to serve water customers in the former Chisholm Trail SUD service area. 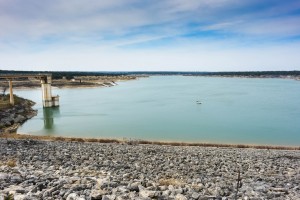 “With this approval, the regulatory process is now complete,” says Jim Briggs, general manager for utilities for the City of Georgetown. The PUC ruling follows two years of regulatory review by the PUC and the Texas Commission on Environmental Quality.

“This consolidation is a win for the citizens of Georgetown because it allows us to guide and manage quality development in a fast-growing area to the northwest,” says Georgetown Mayor Dale Ross. “It’s also a win for our new customers in the Chisholm Trail district because the City has the expertise and bonding capacity to improve the current infrastructure and allow for future growth. I want to thank Jim Briggs in particular for his efforts in managing this merger process.”

Board members of the Chisholm Trail SUD first approached the City of Georgetown in 2011 about the possibility of consolidating the two water utility districts. A feasibility study on the possible merger was conducted in 2012. A vote to consolidate was approved unanimously by the Chisholm Trail board in August 2013.

Delton Robinson, president of the board of Chisholm Trail SUD, says, “This is a tremendous victory for all the customers involved. We wanted a consistent and reliable water supply for our customers. There are strategic advantages to a regional water supply system, managed by a competent, professional staff. This merger means that we join multiple water sources in one system and can more cost-effectively build infrastructure to serve all our customers.”

Water contracts and obligations were not affected by the transfer of CCN or service area from Chisholm Trail to the City of Georgetown.

A challenge to the consolidation continues from a small number of customers through a lawsuit initiated within the last few months. The election of pro-consolidation candidates to the Chisholm Trail district board in November runs counter to the challenge.

“We can now move forward with our plans to fully consolidate the operation and build a much more robust system to serve the entire area,” says Wes Wright, systems engineering director for the City of Georgetown.