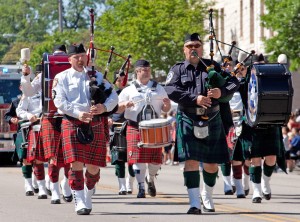 Members from Fire Department Pipe Bands across Texas will be in attendance, with some members coming from outside Texas, traveling from as far as Missouri. More than 60 attendees from 12 fire departments and three police departments are expected.

Several years ago there were only a few bands of this type in Texas. That number has grown to more than 30 in recent years. In the event of a fallen public servant, pipes and drums bands from across the state gather to pay tribute at the funeral by playing a common repertoire of music. Georgetown Fire Department Pipes and Drums provide the attendees with elite instruction as part of their mission statement.

For more information about the clinic or the Georgetown Fire Department Pipes and Drums band, please visit www.gfdpipesanddrums.com or on Facebook.  The band has a fund established with the Chisholm Trail Communities Foundation to accept tax deductible donations.