The poppies have splashed the town in red—a sure sign it’s time for the Red Poppy Festival, Georgetown’s energetic celebration of spring. Join us on the Most Beautiful Town Square in Texas April 24 – 26 for three days of music, entertainment, and family fun. 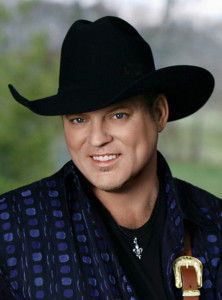 The Friday night concert with Dysfunkshun Junkshun starts at 7 p.m. The music on Saturday starts at 11 a.m. and goes through the concert and street dance with Roland Waits and the Wayward Travelers at 6 p.m., followed by Two Tons of Steel. The Saturday night headliner at 9:30 p.m. is John Michael Montgomery. The music and fun continue on Sunday from 11 a.m. to 5 p.m.

To celebrate 25 years of being the Red Poppy Capital of Texas, Georgetown is launching the Red Poppy Taste Awards, a cooking competition celebrating all things poppy. Winners will be announced on stage during the Saturday night concert.

The official 2015 Red Poppy Festival poster is on sale for $5 each at the Visitor Center at 103 W. Seventh Street. T-shirts are available at the festival.

Where are the poppies? For a map showing the locations of red poppies in Georgetown, stop by the Visitors Center at 103 W. Seventh Street. (Or see an online map at poppy.georgetown.org/things-to-do/red-poppy-tour.) The largest displays of red poppies can be seen in the residential areas of Old Town north and east of the Town Square.

Other streets around the Courthouse Square will close at 7 a.m. on Friday, April 24 to allow for vendor set-up. Streets around the Square will remain closed through Sunday at 11 p.m. An expanded street closure area will be in effect on Saturday from 6 a.m. to 12 p.m. (noon) for the Red Poppy Parade.

A free shuttle will run on Saturday, April 25 from 9 a.m. to midnight. The shuttle will pick up and drop off passengers at the First Baptist Church located at 1333 W. University Avenue. The drop-off location is at the corner of Austin Avenue and Ninth Street.

The City parking lot at Sixth and Main streets will be closed starting at 6 a.m. on Friday, April 24.