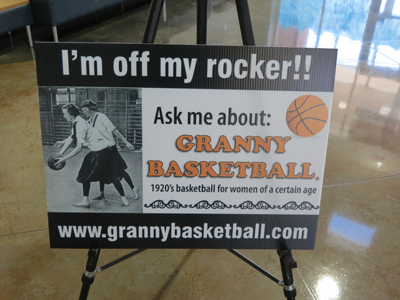 Saturday’s game in Georgetown was the first Texas match-up in the Granny Basketball League, which started in Iowa nearly 10 years ago. The league is a revival of the six-on-six girls basketball popular in Iowa from the 1920s through the 1970s. More than 200 women over 55 now play in the senior league with 25 teams in five states in the U.S.

The league plays by the 1920s rules for girls basketball. Players may only dribble twice before passing or shooting. 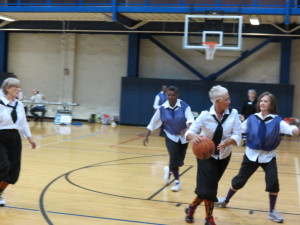 Here the women on the Fire Ants team in white blouses work the ball against the Crushers, in the purple vests. 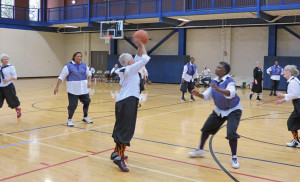 Running is not allowed in the game. Passing to an open player is a key element of the game. 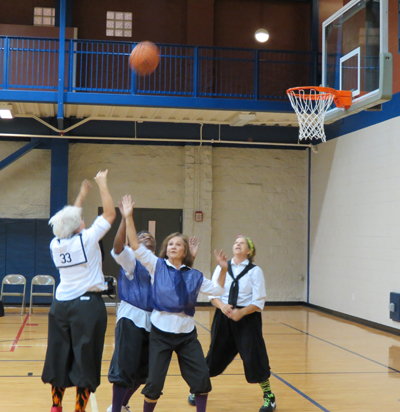 Jumping also is not allowed. The players must stay in the floor when shooting. 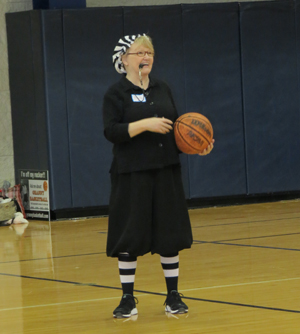 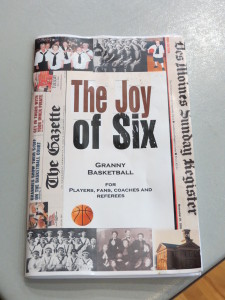 All the rules are covered in detail in the official rules handbook for the game called the Joy of Six. 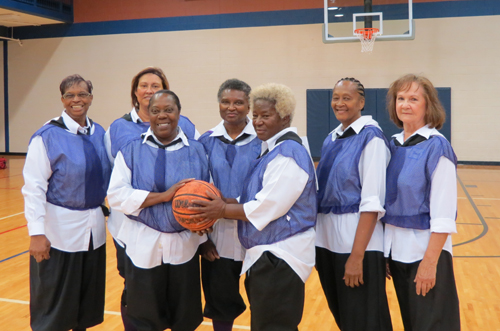 The Crushers (above), who have been playing together for seven years, won the game against the novice Fire Ants Team. But all the women on both teams seemed to have a great time playing. There were smiles and hugs among all the players at the end of the game. 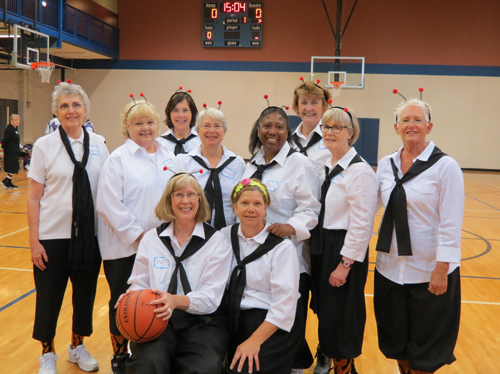 The Fire Ants (above) now have 10 women on the roster ranging in age from 55 to 77. They work on skills or scrimmage each Wednesday at the Georgetown Recreation Center.

The Fire Ants plan to compete in the Granny Basketball League national tournament in Oklahoma City on July 12.

For information on how to get involved with the Granny Basketball team at the Georgetown Recreation Center, contact Robert Staton, senior recreation program coordinator for the City of Georgetown parks and recreation department at (512) 930-1367 or robert.staton@georgetown.org.