Georgetown Fire Chief John Sullivan recently honored a local woman after her daughter and Georgetown firefighters saved her life in the minutes after she experienced a heart attack. Chief Sullivan told the story of Sharon Turner at a City Council meeting earlier this month.

“Back in December, she was at her home and she succumbed to a serious cardiac event and went into cardiac arrest,” said Sullivan. Ms. Turner’s daughter quickly called 9-1-1 and initiated cardio pulmonary resuscitation. “Her daughter’s quick actions really played a pivotal role in her being able to be with us tonight,” said Sullivan.

Though people may associate heart attacks with men rather than women, Sullivan says it is important for women to learn the signs of a heart attack. “In particular with women, sometimes cardiac events go unnoticed. But it does not have a bias. It’s gender neutral as far as its impact,” said Sullivan.

Telling Ms. Turner’s story is one way that the Fire Department wants to encourage people in Georgetown to learn CPR. “Georgetown Fire is going to take the initiative to reach out so that more people can learn the life-saving benefit of CPR and make this truly one of the safest places to live,” said Sullivan. 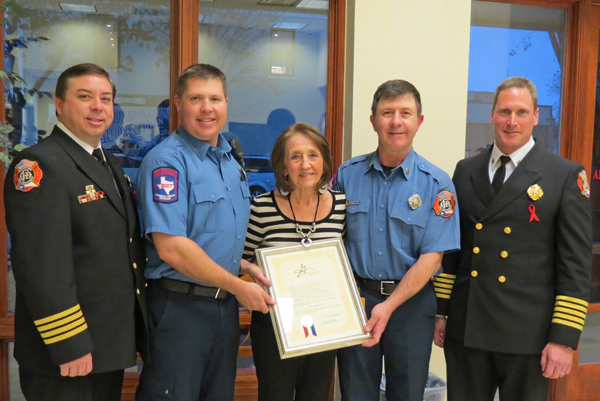