The Georgetown Parks Department began deconstructing the Creative Playscape at San Gabriel Park last week. The City is in the process of redesigning and rebuilding the play structure.

In full bunker gear with boots, helmets, air tanks, and breathing masks covered in translucent wrap to simulate smoke, firefighters followed 200-feet of fire hose that snaked up stairs, over walkways, down a slide, and under confined spaces to get out. 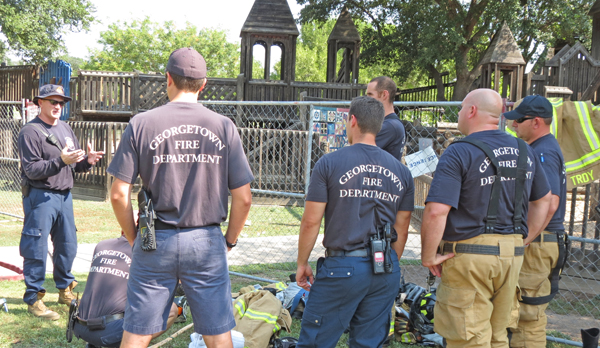 Battalion Chief Carl Boatright gives a briefing to a group of firefighters before they each put on their bunker gear and crawl through. 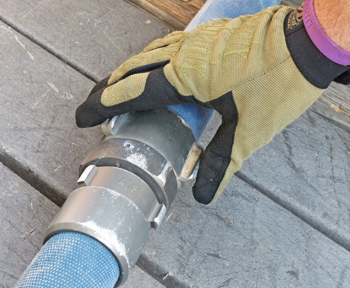 Firefighters must follow the length of hose and are trained to “read” the hose with their hands. At each hose coupling, they can feel “smooth, bump, bump, to the pump” which tells them they are heading the right direction to get back to the fire truck and out of the structure. 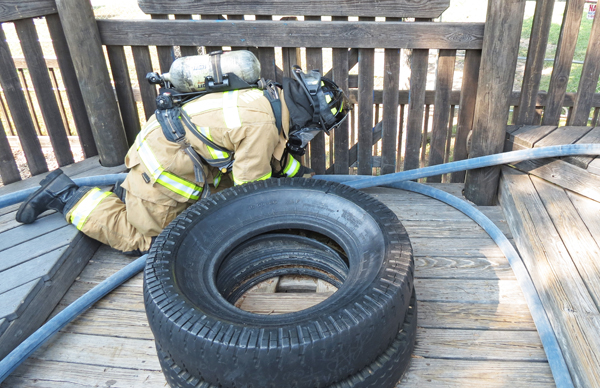 A firefighter navigates a loop of hose. This can be an especially tricky place to get turned around and head the wrong way. 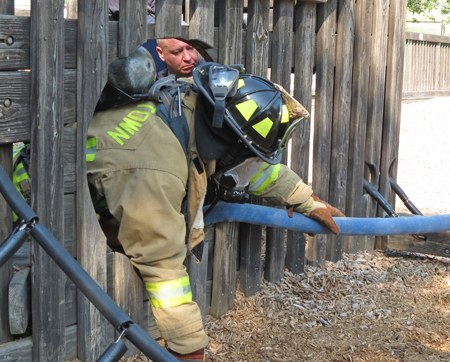 A firefighter following the length of hose emerges from a tight spot on the playscape. 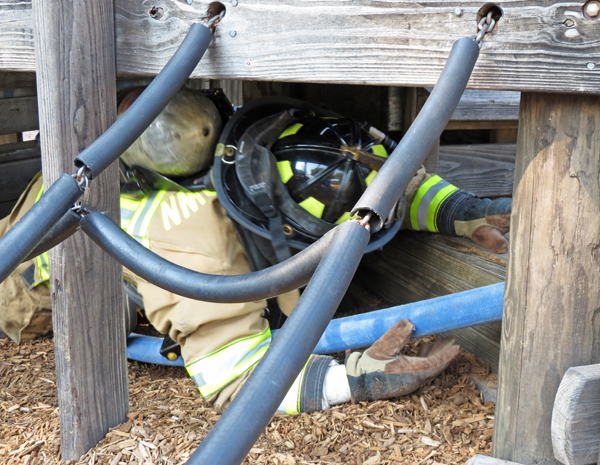 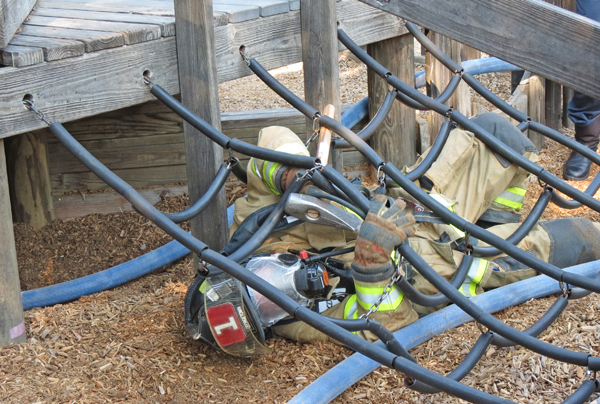 Wearing an air tank and holding an axe, each firefighter had to pull himself under a cargo net feature while on their back. 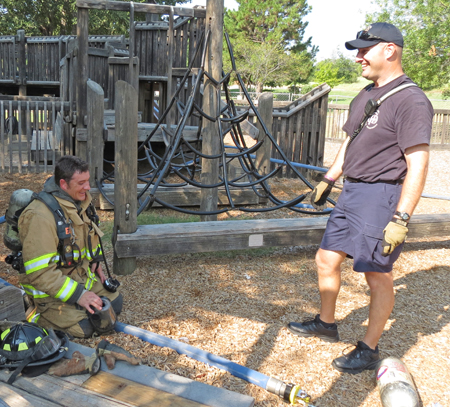 Firefighter Price Inman, having made it to the end of the hose and finishing the course, takes off his breathing mask and shares a laugh with Captain David England.

Tragically, firefighters in Texas have attended many funerals this year for firefighters who were lost in building collapses, explosions, and other deadly structure fires. Training may not have saved all those who were lost, but it may save some lives in a critical emergency. That is why the whole department participated in the survival training at the playscape.