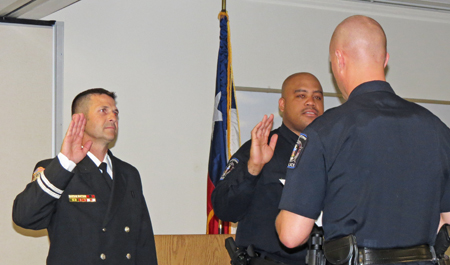 Robert Jones took the oath from Chief Nero to become a Georgetown police officer in a ceremony at the police department. Jones previously worked for nine years for the Williamson County Sheriff’s Office. Officer Jones will be working in the patrol division. 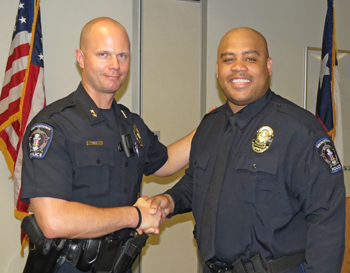 Hank Jones, who is a captain in the Georgetown Fire Department, also took the oath to become a certified police officer. Capt. Jones leads the fire prevention and fire investigation programs for the Fire Department. As a peace officer, Capt. Jones will be able to take law enforcement actions, such as writing a citation as part of an arson investigation.

To complete the nine-month basic peace officers course in Austin, Capt. Jones took classes on evenings and weekends while concurrently working his day job at the Fire Department. 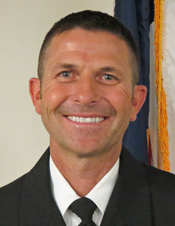 Capt. Jones started with the Georgetown Fire Department in 1998.